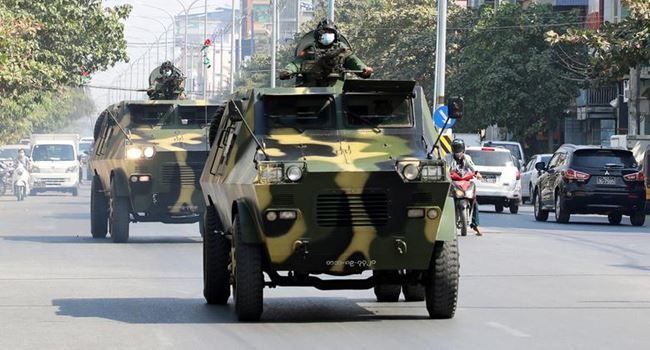 Facebook has banned all accounts linked to Myanmar’s military on Thursday with immediate effect.

This is as a result of the junta’s use of deadly force against anti-coup demonstrators, weeks after a military coup on February 1.

“Today, we are banning the remaining Myanmar military (“Tatmadaw”) and military-controlled state and media entities from Facebook and Instagram, as well as ads from military-linked commercial entities” the statement from the social media giant said.

“Events since the February 1 coup, including deadly violence, have precipitated a need for this ban.”

“This ban does not cover government ministries and agencies engaged in the provision of essential public services,” the company said. “This includes the Ministry of Health and Sport, and the Ministry of Education.”

On February 1, Myanmar’s military seized power in the country, announcing a one-year state of emergency and vowing to take action against alleged voter fraud during the November 8 general election won by the National League for Democracy (NLD) party.

Related Topics:FacebookMyanmar’s military
Up Next