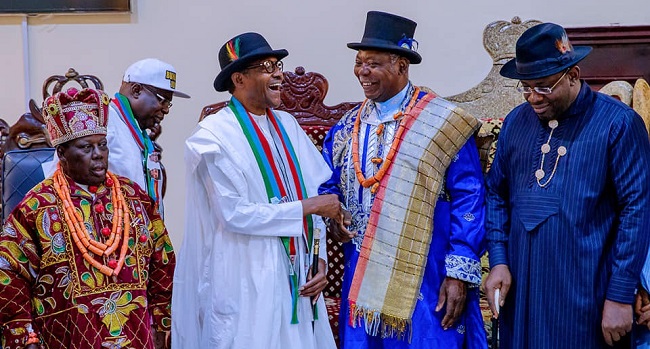 “The previous government mentioned on their own that they spent $16bn on power but you are better witnesses than myself. Where is the power? Where is the money? We will follow them, eventually God willing, we will catch them and get our money back.”

Buhari, who though did not mention Obasanjo’s name, stated this when he spoke in Yenagoa, the Bayelsa State capital, during the All Progressives Congress (APC) presidential campaign rally in the state.

He told his supporters and listeners at the rally ground that he was unrelenting in his pursuit of those who looted the nation’s resources.

The Federal Government reportedly spent N16 billion on power projects between 1999 and 2007 when Obasanjo was in government.

READ ALSO: ‘Our rights could be frozen but not detained forever,’ Oshiomhole weeps at P/Harcourt rally

The former president had written several letters condemning Buhari’s government and asking Nigerians to vote him out over alleged incompetence, impunity, among other perceived failures.