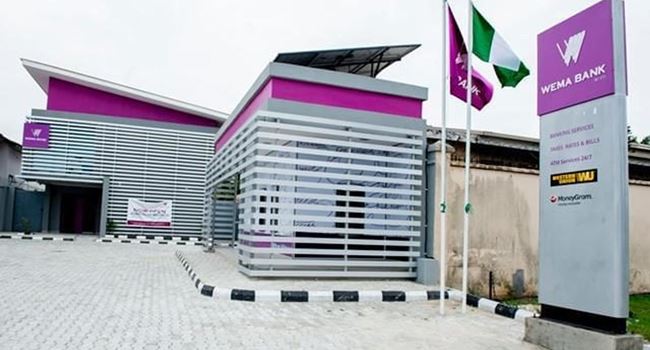 Wema Bank was unable to escape the impact of COVID-19 on its earnings as the bank suffered revenue loss last year, a financial statements released for that period has shown.

It was gathered that the company recorded a shortfall of N13.51 billion in its revenue for the 2020 full period, as it generated a total of N81.38 billion, settling below the N94.89 billion which was recorded during the corresponding period in 2019.

During the same period, Interest Income fell to N64.55 billion in 2020, failing to surpass the N70.68 billion Wema Bank generated in the corresponding period of 2019 full year.

According to the financial statements, Interest Expense reduced to N33.70 billion between January and December last year, against the N44.69 billion reported in full year 2019.

This affected the operating income which dropped to N42.04 billion during the period under review, settling below the N44.06 billion reported in the same period of the preceding year.

Also affected is the company’s profit before tax of 2020, which declined to N5.93 billion, against the N6.70 billion recorded in the corresponding period of 2019.

Following the same path is the profit after tax which clocked N4.57 billion in full year 2020, failing to surpass the N5.1 billion Wema Bank recorded in its financials for 2019 full year.

Ripples Nigeria gathered from the company that the earnings of Wema Bank was largely affected by its attempt to restructure loans and grant moratorium to customers indebted to the bank, in line with Central Bank of Nigeria guidelines.