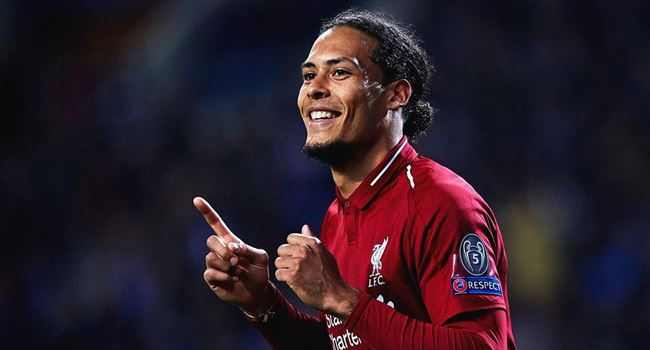 Liverpool defender, Virgil van Dijk says Tottenham will be a hard nut to crack in the final of this season’s Uefa Champions League, but also warned that the Reds are not nice.

Both sides will battle for the top prize in Europe when they face each other in an all-English Champions League final in Madrid this Saturday.

Liverpool reached the final for the second successive time, having lost 3-1 in last year’s final against Real Madrid.

Van Dijk, who pointed that the pain of losing in the final is a drive for Liverpool ahead of the game, says he is hopeful of using the experience to his side’s advantage.

“Losing a final is painful,” the Dutchman told BBC Sports. “I took a lot of experience from it; hopefully I can use that.”

He added: “People can say whatever they want, that we had a better season than them in the league.

“That was maybe true, but anything can happen. The final is one game.

“They’re a very good team and throughout they have a lot of strength.

“They have a fantastic goalkeeper, two great centre-backs and a midfield that’s been very good. They have Victor Wanyama, who I know from Southampton, and Christian Eriksen, who has been doing it for years.

“Up front, they have players who can make a difference, so we have to be ready.

“But I know they’ll definitely think the same about us. We’re not a nice team to face so it’s going to be difficult.”

27-year-old Van Dijk is expected to lead the defence for the Jurgen Klopp side when they file out against Spurs on Saturday.

Related Topics:LiverpoolSpursTottenhamVirgil van Dijk
Up Next