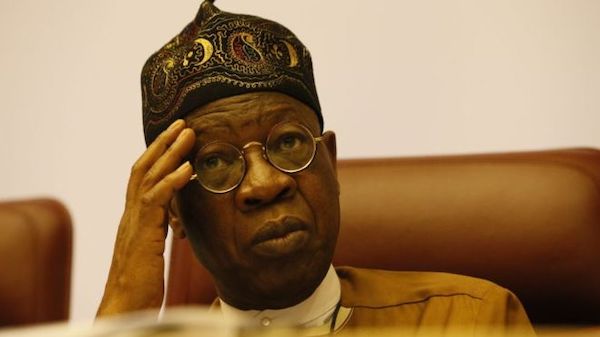 Global human rights group, Amnesty International, says it is no surprise that the Nigerian government has denied that there was a massacre of protesting Nigerian youths by soldiers during the #EndSARS protests on October 20, 2020.

Country Director of Amnesty International, Nigeria, Osai Ojigho, while reacting to the comments made on Tuesday by Minister of Information and Culture, Alhaji Lai Mohammed, insisting that there was no massacre at Lekki Tollgate, said there was no surprise because such denial was expected from the government which had, on several occasions, denied that any Nigerian was killed.

While responding to question on a television programme on Tuesday, Ojigbo urged the Federal Government to verify the evidence provided by the report of the Lagos State Judicial Panel of Inquiry and Restitution to Investigate Cases Of Police Brutality, instead of making a sweeping denial of the report.

Amnesty International also called for an extensive investigation into the entire #EndSARS protests across the country, and not the Lekki Tollgate incident alone.

“I think the first thing is for us to establish the fact that there are different layers of government.

“So what has been presented to the Lagos State Government, as we all know, is easy for the governments to communicate with themselves across board.

“I think the Minister, with his position in government, should liaise with the state authorities to clarify or check information with regards to the panel’s work.

“That would have been an ideal step; and to allow the state government to carry out its task in this regard.

“It is not surprising for us at Amnesty International that the minister, Lai Mohammed, continues to deny that unfortunate incident that happened on October 20, 2020, at the Lekki Tollgate.

“We have seen in the last one year the constant attacks, the constant narrative that is geared toward gas-lighting the victims, survivors and witnesses, and create an impression that people are just up to no good,” Ojigbo said.