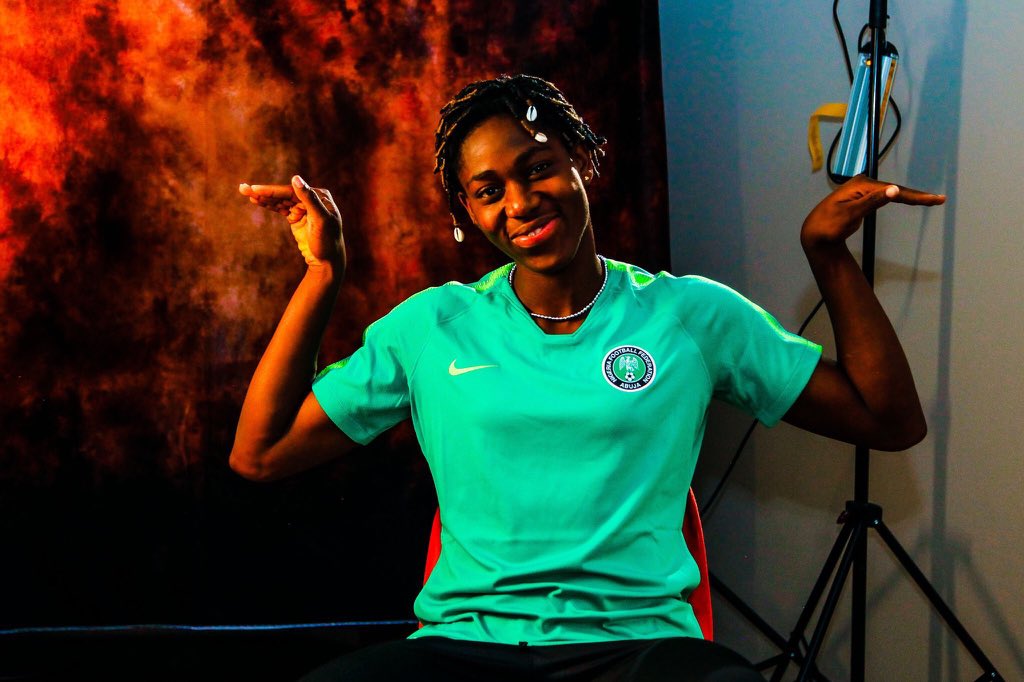 The Nigeria women’s national team, the Super Falcons, have congratulated Asisat Oshoala on winning a fourth African women’s Player of the Year award.

Oshoala was crowned the women’s best player for the fourth time in the 2019 CAF Awards ceremony held in Egypt on Tuesday night.

“? ? ? ? Never say Never, the story of four time Africa Women Player Of The Year, @asisatoshoala Congratulations, we are proud of you!” – the Falcons official account tweeted after the awards ceremony.

Oshoala also reacted to her victory on Tuesday night, giving thanks to God and to her family and to her teammates in both the national team and club side.

“Grateful to be African Women’s Player of the year for the 4th time,” she tweeted.

“Thank God, my Family, Friends and Fans for the support.

“Big shoutout to my club, my management, team mates at both national team and club level and of course thanks to @CAF_Online for the opportunity ❤️❤️??”

Oshoala and former Super Falcons star, Perpetual Nkwocha, now hold the record of winning the most women’s AFOTY title in the history of CAF Awards.