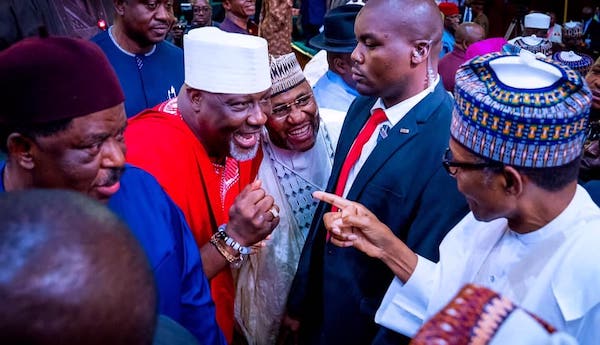 The Presidency Sunday expressed confidence that the Peoples Democratic Party (PDP) would lose woefully at the Supreme Court.

The party and its presidential candidate, Alhaji Atiku Abubakar, had approached the apex court to overturn the verdict of the Presidential Election Petitions Tribunal which last month validated President Muhammadu Buhari’s victory in the February 23 election.

The presidency also accused the PDP of abdicating its vital role of providing credible opposition to the All Progressives Congress (APC) in order to strengthen the democracy for the benefit of the masses.

The Senior Special Assistant to the President on Media and Publicity, Garba Shehu, in a statement titled: “Nigeria’s opposition is missing,” also accused the principal officers of the 8th Senate of colluding with the PDP and some members of the APC to block the passage of anti-sexual harassment bill.

The presidential spokesman blasted the PDP for going missing and abdicating its responsibility to the nation on recent national issues “but opted to spread fake news on how the President was taking a new bride from his cabinet.”

According to him, the party completely went missing last week during the reintroduction of anti-sexual harassment legislation in the Senate and 2020 Budget presentation by President Muhammadu Buhari to the joint session of the National Assembly.

Shehu said the failure of PDP to hold the government to the account was a dereliction of duty.

He said: “Last week, Nigeria’s Senate majority leader reintroduced anti-sexual harassment legislation to parliament, following a serious exposé by the BBC of sex for grades scandal at the University of Lagos.

“The bill had been tabled before – in 2016 – but it was not passed: some members of our party, working with the opposition, then stronger in numbers than today, blocked it.

“This time around, there has been no such attempt by the opposition Peoples Democratic Party, PDP, to scupper the legislation. We cannot tell whether they remain opposed to it, for they have been too busy to let the 200 million citizens of Nigeria know. Instead, last week – whilst this matter was in the Senate, and the first Federal Budget following our February General Election, was being tabled before the House – the opposition’s full attention was elsewhere: on the affairs of the President, who we were told by the internet, was planning to marry in secret to one of his cabinet ministers.

“The interminable nonsense of fake news is hardly unique to Nigeria. In the United States, Britain – indeed across much of the democratic world – we see waves of falsehoods and untruths peddled across digital and mainstream media.

“It has led to journalists and the press to become less trusted than almost any other profession or estate. Yet elsewhere, whether the fake facts emanate from governments or oppositions, neither have sought to abdicate their unique responsibilities in the act of governance.

“In Nigeria, the opposition is close to reneging completely on the compact it holds with the voters. Every modern democracy exists for its checks and balances. Voters may elect a government to govern but they also elect an opposition – to oppose, to scrutinise, and to hold the majority to account.

“In the absence of either weight or counterweight, the scales of democracy become imbalanced. This cannot continue for long without the full functioning of governance being affected.

“Whether citizens voted for President Buhari and the All Progressives Congress (APC), or for the opposition’s presidential candidate and his People’s Democratic Party (PDP), no one voted for failure.

“They may have voted differently on policy and personality, but regardless of a voter’s choice of candidate and party, for their vote they expect responsibility. No voter expected, nor wanted, the opposition somehow to simply go missing. But that, effectively, is what they have done”.