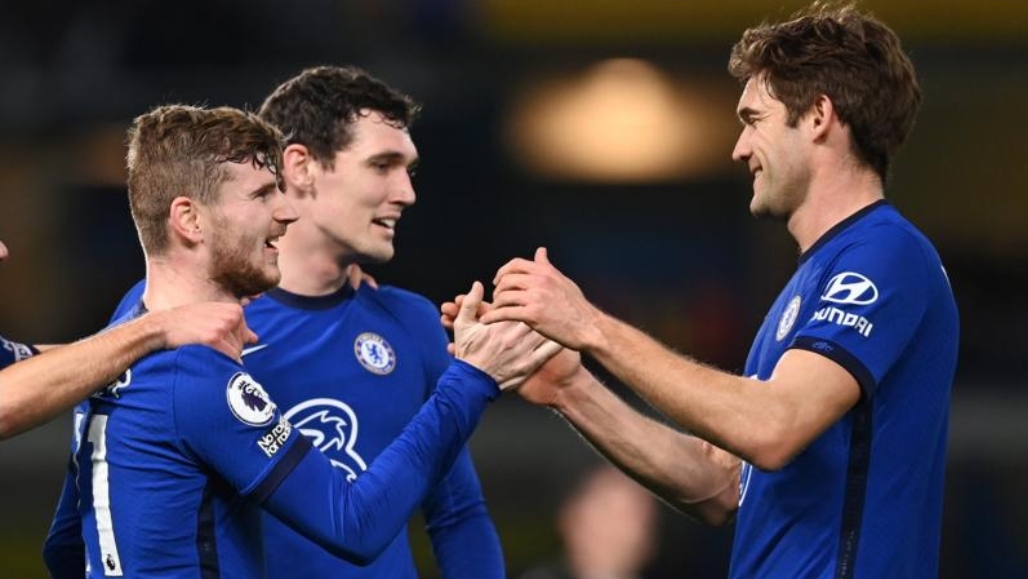 Timo Werner scored for the first time in 14 games for Chelsea as the Blues defeated Newcastle United 2-0 in the Premier League on Monday.

Werner, who joined the team at the start of the season, bagged an assist and also scored to seal the victory at Stamford Bridge.

The 24-year-old’s cross rebounded out to Olivier Giroud to net Chelsea’s opener on the half hour mark, after the striker replaced the injured Tammy Abraham.

He then made it 2-0 eight minutes later, scrambling in a flick-on at the back post.

The victory sees Thomas Tuchel’s men move back up to fourth place, ahead of West Ham, who had earlier climbed to fourth after beating Sheffield United 3-0.

The Hammers are however level on points with Chelsea but both sides sit above defending champions Liverpool, who sit on sixth spot and behind by two points.