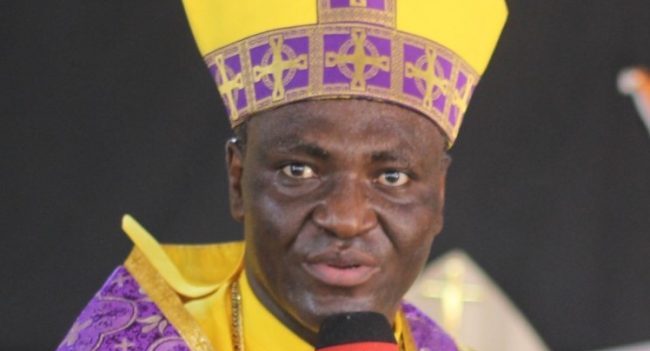 The founder of the Resurrection Praise Ministries Worldwide has called on religious and traditional rulers, including well meaning Nigerians to resist any attempt to plunge the nation into the practice of witchcraft.

The cleric stated that the nation is yet to recover from the effects of FESTAC which was held in the country in 1977, and that any such gathering will spell mayhem for the country.

He spoke on Saturday during a phone-in programme on Metro fm in reaction to a planned ‘first international & interdenominational conference on Witchcraft’, slated to hold at the University of Nsukka, Enugu State, and called on Nigerians to reject it.

The cleric lamented that there is danger in allowing the conference hold in the country, as that it is a guise to hold a public and mass initiation of people, especially students into witchcraft practice.

According to him, top members of the academic community are being used to introduce witchcraft into the nation through the back door, which he said is a bad omen for Nigeria.

He said, “This is not the kind of conference or activity that should be allowed to hold in a country like Nigeria, where we have so many things to take care of.

“Instead of trying to find solutions to our problems, let’s not compound our already existing problems.

“This conference will neither hold in the UNN, nor any other university in Nigeria for that matter”.

Archbishop Benjamin further noted, that the explanation of the organizers who stated that the conference is an academic exercise, as witchcraft is an institution, and that there is nothing wrong in studying it as a body of knowledge.

The cleric said, “When people want to do something that is wrong or bad, they don’t come up openly to tell you what they want to do. If you study the programme of the event put out, you’ll discover their motive, it’s an initiation exercise.

“We already know how these things are done. Nobody will come up openly to tell people they are being initiated. They’ll find a way to hide it. And I’m quite surprised at the level of intelligentsia involved in this; so that ignorant people will not suspect what is happening, so that they can do their initiation through the backdoor.

“I have delivered many witches and wizards, and I know how they operate. It’s a plot by evil forces to initiate innocent people into their fold. I can tell you that a serious national initiation is about to take place, if this conference is allowed to hold”.

He lamented that formally, witches and wizards usually come out at night time, but that the decadence in the society has emboldened them to come out into the open in daytime.

Farmers are the healers of our land —Buhari

62 personnel dismissed in 2019 for corruption —FRSC