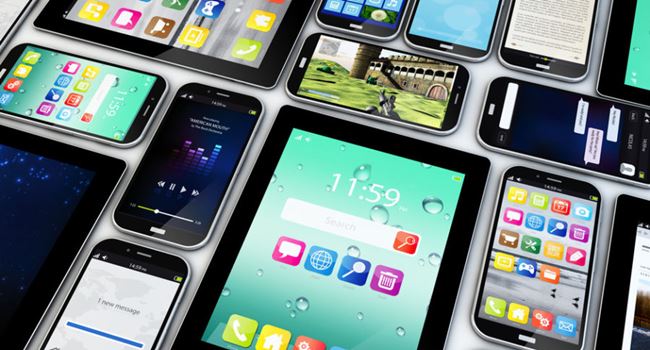 Nigeria has the second-largest mobile market in Africa, with South Africa the only country where the devices have enjoyed greater penetration. In 2020, there were 2.9 million units sold in Nigeria, with 6.5 million shipped in the southern country. The rise of mobile has come about thanks to numerous factors. It is the cheapest way to access the internet has played a major part. In terms of popularity, Apple has barely broken into the Nigerian market due to its high price point. Other manufacturers enjoy much more widespread usage.

How Has The Mobile Market Grown in the Country?

It is estimated that more than 87 percent of the Nigerian population now has a mobile device. However, only around 20 percent of these are smartphones. This number is growing, though, as more people are finding themselves able to afford older generations when new models are released. The main contributing factor to people realizing the necessity to own a smartphone has been the growth of the internet across the nation. The internet can now be accessed in more locations than ever.

Two common reasons that Nigerians want to get online are social media and gaming. The nation is following in the footsteps of South Africa, where the entertainment industry is beginning to boom. The iGaming industry is particularly popular, thanks to bonuses that can be found at several sites. Players can also find excellent loyalty and cashback programs. Many wanting to get into the iGaming industry may even find the no deposit bonuses quite helpful. This type of gaming is loved by Nigerians as well, who can access these sites easily through their mobile devices. Nigerians also enjoy free-to-play mobile games like PubG and Fortnite, which require internet connections for online play. Competitive gaming tournaments and events are cropping up all over the country.

Social media is the other main reason why Nigerians are desperate to get their hands on smartphones. There were 24 million social media users in the country in 2019, and this figure is expected to rise to 44 million by 2025. Owning a smartphone is clearly becoming essential, and those who don’t have one feel as though they are missing out.

The top mobile provider in Nigeria by some margin is TecnoMobile, thanks to the accessibility for end-users. The company is disparaged by techies, but it offers devices with all the same services as the smartphone giants for a fraction of the cost. The Chinese manufacturer focuses solely on Asian and African markets where it can offer a reliable and cheap alternative to people who have lower incomes. Some of the flagship models include the Camon X and the Camon X Pro, which were the first models to feature the latest Android technology.

Samsung is the second-most popular mobile brand in Nigeria, which shouldn’t be too surprising seeing as it is the best-selling smartphone manufacturer in the world. The reason why the Korean brand has managed to permeate the market here while Apple has failed has been down to its much more varied catalog. Samsung does have high-end offerings in its S range and Note series, but it also has cheaper options available. The A range is the most affordable option and, as newer models are released, these become even more accessible.

Itel Mobile is another one of the numerous Chinese mobile manufacturers that have a firm hold on the market in Nigeria. It is responsible for taking care of the bottom section of the economic pyramid in the country, with phones available for less than $90. The company may be frowned upon by elite-level tech users, but it is seen as the savior for many in the country who are desperate to get online.

Along with these three leading brands, there are a few other companies that are fairly popular across the country. InfinixMobile is the fourth-most popular provider, with Huawei coming in at fifth. The Chinese giant had struggled for some time in the African market, but has recently found success with new budget offerings.

It is clear from the list of most popular devices in the country that the more affordable brands reign supreme. The majority of Nigerians gain access to the mobile market through budget ranges from the leading smartphone manufacturers. As the mobile industry progresses and newer models are released, the older versions will become more easily accessible for others in the country. This should help push the mobile usage figures up in the years ahead.