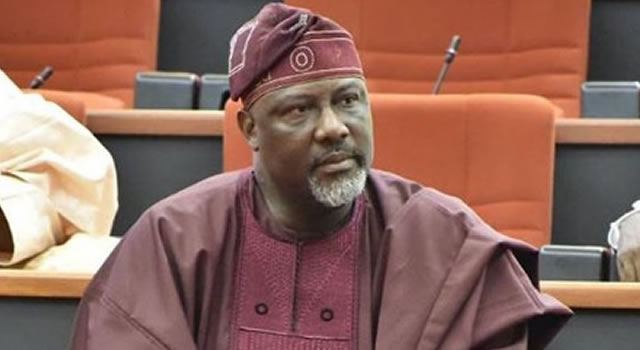 The lawmakers are currently running around trying to galvanize support of their colleagues, and their party leaders to push their individual ambitions to occupy one principal office or the other, in either of the two chambers of the federal legislative house.

And, as has usually been the case with politicians in Nigeria, they send out kites, throw out suggestions and try to set an agenda to feel the waters, and gauge feelings of how their ambitions would be received if they declare their intentions for certain elective, or even appointive positions.

They either do such directly, or oftentimes, get a person or group to kickstart, and push their course. Hence you hear at certain times of a politician being ‘begged’ by his people to throw his hat in the ring, and ‘save’ them by offering himself for service. Often, some noise must have been made, the ‘messiah’ gleefully, and unashamedly steps out informing the public that (s)he has heard the cry of the people, and wants to heed the call by contesting for an elective office.

So, in the run-up to the new assembly, some lawmakers, especially in the Senate, have made their intentions known, and which office they are gunning for. Others are still waiting on the sidelines, either to be called upon, or bidding their time, looking for the right moment to voice their aspirations.

One of such kites that has been thrown up recently, is a quiet campaign to see how a controversial senator representing Kogi West district, Dino Melaye, would fit into the office of the Senate President. Posters have been flying around, even as the topic also finds a way of being chipped in during conversations, and political discourses revolving around the issue.

Needless to say, many Nigerians have been somehow convinced that a Saraki-style coup may be executed, and Melaye would eventually sit as head of Nigeria’s federal legislative arm of government. Even as they gaily push this agenda, many other Nigerians shudder feverishly at just the thought of it.

Oftentimes, politicians make noise over a position or office, not necessarily because they can make it there, but in the hope that such could be a bargaining chip to get something. So in this case, the Melaye for Senate President campaign may just be a vehicle to push for him to be considered for a principal office, say deputy senate president, or minority leader.

Anyone conversant with the politics of the National Assembly, or who has even been paying more than a passing interest to the activities of the Nigerian Police, or yet takes time out on social media to look at the funnies, would have heard of a lawmaker called Dino Melaye. He is different things to many people.

The first question pundits ask is: Is it possible? The answer: Anything is possible in Nigerian politics!

Already, the ruling party, All Progressives Congress (APC), which has a majority in the Senate is setting the stage for what may lead to a revolt by lawmakers on the party’s platform. So far, it has refused to release a comprehensive list of how the principal offices have been zoned. It has only declared its support for Senator Ahmed Lawan from the North East as Senate President.

An old timer, Ali Ndume from the North East as well has kicked against the party’s decision, as according to him, he had received the word of the party’s leadership that he would be supported to become the next Senate President. Ndume, by his known antecedents fights dirty, when his interest is threatened.

Then again, the lawmakers from the South, especially those on the platform of the APC, though few, have also made cases for their region, as grumblings have continued to trail the APC decision on who should get what in the National Assembly.

Analysts argue that at the end of the day, the APC decision may throw the lawmakers against the party, leading to a divided house. This, they say, may create a scenario, which the opposition Peoples Democratic Party (PDP) could take advantage of to pull a fast one.

This is where many reckon Sen Melaye may come in. Now, one attempts to visualize, how the polity would feel like with a Melaye as head of the National Assembly.

No doubt, there would never be a dull moment in the chambers, and the Senate is likely to be involved in a lot of drama under such leadership. The high dramas Saraki went through in the hands of the federal government, APC leaders, the police and other prosecuting agencies may be child’s play compared to what a Melaye as Senate president would enact.

With Melaye as Senate President (SP), physical brawls is likely to be an everyday event, and maybe an official dispute resolution tactic, with new songs being waxed on a regular basis to shame opponents. Nigerians would not be shocked seeing the occupier of such an exalted position engaged in infantile acts that benumb the reasoning of decent citizens.

From his antecedents in the House of Representatives, his role in the physical brawl that unseated the once Honorable, but now disgraced former first female speaker, Patricia Etteh, to his antics in the red chamber, and how he threatened to slap a female senator, Remi Tinubu, the female folk might just be in trouble with a Melaye presiding over the upper chamber.

If Melaye were to be SP, it would not be out of place seeing him jump from a high point within the National Assembly premises, and taking to his heels, abandoning his convoy in a bid to escape police arrest. He has been alleged to jump out of moving vehicles, and even climb trees while trying to evade the police, and other armed groups seeking him out.

One recalls when the gates of the National Assembly were locked to keep members of the House of Representatives from going in, as there were alleged plans to impeach then Speaker, Aminu Tambuwal.

There was also a time masked armed security operatives blocked the National Assembly gates, preventing certain lawmakers from gaining access into the chambers, in a move many felt was aimed as removing Bukola Saraki and his deputy, Ike Ekweremadu.

Just imagine for a minute Melaye is the Senate President, or deputy and such an event takes place. Nigerians can be very sure of very high drama, that would make the nation a laughing stock among the comity of nations. It’s not unlikely that thugs could be mobilised to confront the masked invaders, and wage them, arms for arms, bullets for bullets.

What about his alleged penchant for lying to the authorities, according to the police, which had on more than one occasion accused the Kogi-born lawmaker of faking an assassination attempt on his own life? The police are still prosecuting the case against him, and Nigerians are well aware of the drama that has trailed that case.

Melaye, known to compose songs shaming his opponents, and posting same on social media platforms, may just take the act a notch higher as a Senate President. So it could become commonplace seeing Nigeria’s head of legislature in front of a complete band, or orchestra with mic in hand rendering a ballad.

Read also: The mirage that is ethical banking

But the immature melodramas aside, a Melaye as SP, could be just what Nigeria’s democracy needs to take it to the next level. Under him, legislative roguishness is sure to give executive rascality a good run for their money. A Melaye administration is likely to keep the executive on its toes, and probably awake at odd hours.

In times past, when the executive arm has issues with the legislative leadership, it has always dealt with it by instigating opposition to remove such leadership. Sometimes it ends in a stalemate where the senate leader is also adept at political schemings and maneuvers. But, with a Melaye as Senate President, the executive is sure to get a bloody nose, with its tail tucked under in retreat, if it picks such a brawl with the legislature.

And of course, if Sen Dino Melaye gets to be Senate President, or even deputy Senate President, then his home governor, Yahaya Bello would be in serious trouble, as everyone knows there is no love lost between them.

Truth be told, Melaye as Senate President could spring a good number of puerile events to the fore, turning the hallowed chamber to a theatre of the absurd. But, he could also be a good thing, and one person who could have the uncanny guts to stand up to the executive, and tell them to their faces if they are taking things for granted.

Melaye for Senate President. Laughable, but could have hidden advantages. What do you think?