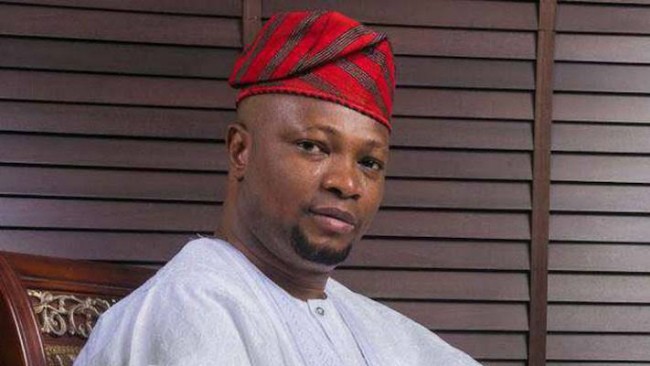 Dr. AbdulAzeez Olajide Adediran, also known as Jandor, the Lead Convener of the Lagos4Lagos Movement and governorship aspirant under the Peoples Democratic Party (PDP) in Lagos State, has launched a scathing critique on Governor Babajide Sanwo-Olu.

Jandor made this criticism on Wednesday during an interview on AriseTV.

The PDP aspirant insinuated that Governor Babajide Sanwo-Olu is a puppet who does not work independently.

This was in allusion to speculations that the Governor is beholden to the APC leadership especially its National Leader, Bola Tinubu, and cannot function without their explicit approval.

Jandor said “the state has been suffering because the governor is not independent”.

A former Governor of Lagos State, Akinwumi Ambode, was voted out of office after allegedly alienating party stakeholders over his economic policies.

Jandor further expressed confidence in the chances of the PDP in the upcoming elections in 2023.

“We are ready for any other puppet that will be presented by the APC in the coming elections; we are confident in our chances,” he boasted.

The Lagos4Lagos Movement defected from the Lagos State Chapter of the the All Progressives Congress (APC) and Jandor said the PDP is well-positioned to take over governance of the State.

He said, “In the process of my journey and being in that corridor of power as a consultant to the office of the governor of Lagos State, my eyes were opened to a lot of things and I asked myself, ‘Is this how things will continue?’

“I said the only way we can resolve this unfair dominance in Lagos is by seizing that executive power. And it was clear to us that for us to see that power in the APC, we would first have to commit the first unpardonable sin. There is a sin one must not commit as a party member of the APC and that sin applies whether you are a politician or public office holder or appointee”, he said.

Jandor lamented that the state has the resources to provide free education and free health to citizens of the state using a fraction of what was going into private pockets.

He lamented that there were agencies in the state he described as “legally right, but morally wrong” taking away a great percentage of the state’s financial resources that should go for the welfare of the people of the state.

Kwankwaso gives reasons why he dumped PDP for NNPP