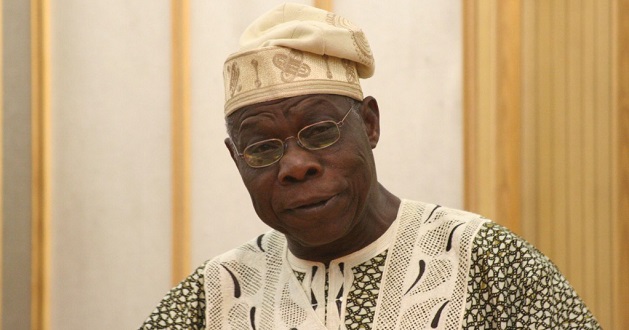 Details of what transpired during the visit of leaders of the Peoples Democratic Party (PDP) to former President Olusegun Obasanjo at his Abeokuta Library has been revealed.

The media aide to the former president, Kehinde Akinyemi, who made the details of the meeting known in a statement on Saturday, said that the PDP leaders, led by its national chairman, Uche Secondus, apologised to Obasanjo for the party’s ‘‘bad conduct and mistreatment’’ meted out to him.

Secondus had led a 21-member delegation of the PDP’s National Working Committee (NWC) on a courtesy call on Obasanjo early Saturday morning.

Akinyemi said that aside apologising to Obasanjo, that the PDP delegation also used the opportunity to discuss current situation of things in Nigeria as well as the progress of the Memorandum of Understandingb (MoU) on grand alliance of the Coalition of United Political Parties (CUPP).

Secondus was said to have also during a closed door meeting between his group and Obasanjo, beckoned on the former president to continue to proffer solutions to the nation’s socio-economic and political problems.

According to Akinyemi, Obasanjo who accepted the request for forgiveness by his visitors in line with biblical injunction, however called on the PDP leaders to pay attention to issues that were needed to restore the former ruling party as a party of good image, discipline, commitment, leadership and moral principles.

On CUPP, he said that Obasanjo asked his visitors to ensure that the coalition remains an alliance as declared and not a merger.

‘‘It is clear for the parties which agreed to be members of the alliance to work together to achieve one important common objective at the national level for the election of 2019.

‘‘Where it is appropriate and necessary , members may also form alliance and co – operation at the state level. The individuality and independence of each political party must be observed and respected by all parties concerned.

READ ALSO: Buhari’ll refund every kobo of Abacha’s loot he gave out to allies –PDP

‘‘It is also desirable that in the process of implementing the MoU to achieve the set objective, solidarity and focus on the objective must be maintained.

‘‘Each member political party must be cautious of fake news, rumours, blackmail, and seeds of discord that may be sown among them from external quarters,’’ Obasanjo is quoted to have said.

Obasanjo was further quoted to have during the meeting maintained that he had quit partisan politics, but would continue to make himself available to guide any party that so desired and that he would prioritise his service to the African Democratic Congress (ADC).

Meanwhile, Secondus had told newsmen after the meeting that they visited to consult with Obasanjo ahead of the 2019 general elections.