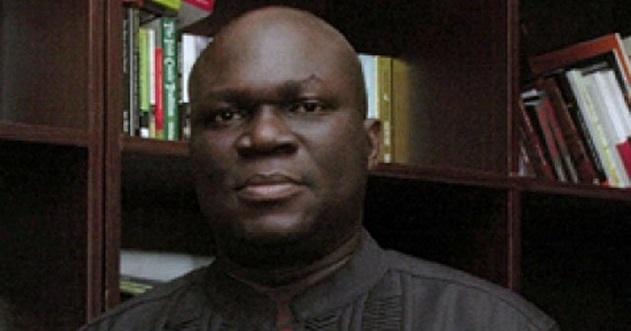 If anyone is looking for a perfect illustration and confirmation of the “coming anarchy” in Nigeria, that person needs not look farther than the on-going conflict and crisis of mutual distrust between the Nigeria Police and the Nigerian Army. Turn away, for a moment, from Boko Haram (Nigeria is still unable to find a solution to the menace of terrorism), turn away from bandits and kidnappers (it is sad that the state seems to be aiding and abetting criminality and impunity due to its incompetence, negligence, and impotence). But you can not turn away from the crazy drama being enacted by the Nigeria Police and the Nigeria Army, two strategic security institutions assigned the responsibility of safeguarding lives and property of Nigerians and the sovereignty of the country itself. Both institutions have been in conflict in recent times. I argue that this is disturbing.

It is as follows: Nigerians woke up the other day to hear the sordid tale of how in Jalingo, Taraba state, soldiers from the 93 Battalion in Takum, Taraba state killed three policemen and three civilians, who had gone to arrest a notorious kidnap kingpin, one Alhaji Hamisu Wadume. The three policemen were members of an elite police squad, the Intelligence Response Team (IRT), and they had been involved in many operations in which they distinguished themselves namely the arrest of 22 kidnappers involved in the abduction of Chibok girls, the arrest of Evans, the notorious Lagos-based kidnapper and the rescue of the Magajin Garin Daura, the traditional head of President Buhari’s village who was abducted earlier in the year. These same policemen and their colleagues had been working on the Wadume case. They had investigated him and tracked him down.

With the help of three civilians who volunteered as informants and guide, the police sent the crack team to go after Alhaji Wadume. When they got to Jalingo, the policemen reported at the police state headquarters and documented their mission. They then set out and arrested Alhaji Wadume and put him in handcuffs. The next step was to take him in and interrogate him in line with standard procedure. Mission accomplished? No. In Nigeria, the unexpected is known to happen, nothing is ever certain. Just as the police were busy tracking down the alleged notorious kidnapper, the Army in Taraba reportedly got a distress call reporting that kidnappers had abducted one Alhaji Wadume, and asking the military to come to the rescue.

As it turned out, the 93 Battalion sent out a team to rescue Alhaji Wadume. The dispatched soldiers gave the police team the chase. The police version of the story at this point is that the police men identified themselves and told the soldiers that they were carrying out a legitimate duty, and that Alhaji Wadume who was in handcuffs was the suspect. But instead of the two teams to co-operate and work together, in line with the principle of “esprit de corps”, the soldiers opened fire on the policemen, at close range, killing three of them instantly. They also gunned down the three civilian-informants. By the time the dust settled, the arrested suspect, who had been put in silver ware, disappeared into thin air. The soldiers also vanished, leaving “blood on the grass.”

The police are rightly outraged. They have since issued statements and have gone on a twitter rage, to question the conduct of the Nigeria Army. They are angry that despite the police identification of the slain policemen as officers on lawful duty, the Nigerian Army chooses to refer to them as “suspected kidnappers”. The police are asking the army to hand over the soldiers who pulled the trigger, effectively marking them out as cop-killers. They have also raised five questions for the Army Headquarters to respond to viz: “Where is the notorious kidnapper, Alhaji Hamisu Bala Wadume “rescued by the soldiers”?, (2) How could a kidnap suspect properly restrained with handcuffs by the Police escape from the hands of his military rescuers? (3) Why were the Police Operatives shot at close range after they had identified themselves as Police Officers on legitimate duty as evident in the video now in circulation? (4) How and why was Alhaji Hamisu Bala Wadume released by the soldiers? (5) If Alhaji Wadume is a “victim of kidnap” as claimed, and properly rescued by soldiers why was he not taken to the Army base for documentation purposes and debriefing in line with the Standard Operating Procedures in the Nigerian Army?’ These questions are pertinent and there are many more that should be raised.
The Nigerian Army has not been able to respond to any of these questions; their only close-to-intelligent response has been the self-indicting explanation that the whole incident is due to lack of co-ordination and communication between the army and the police. It is sad to hear that. If there is rivalry, conflict, lack of co-ordination and communication among the various law enforcement and security agencies in Nigeria, then the average Nigerian is in serious trouble. The country itself is in danger. The utter vulnerability of the average Nigerian is show-cased by the fact that whereas the army and the police have been trading brick-bats in the Taraba matter, no mention has been made so far of the identity of the three civilians who were murdered by the soldiers. The police seem to be more concerned about their men. The Army are more concerned about protecting their men too. To compound the situation, whereas a joint investigating panel has been set up, the army and the police are at best working at cross-purposes.

What has happened is unacceptable. Those who argue that the police should not complain because it is Karma at work, the police having a notorious reputation for the kind of brutality that has been inflicted on their men by the Army, are simply unfair. No human being deserves to be killed in such brutal fashion. It is also unacceptable that the three civilian-informants who were murdered have not been part of the story. In the course of the fight against terror and crime in the country, both the President and the service chiefs have always advised that the battle can only be won if the people themselves assist the security agencies with information. The death of those three informants in the hands of the Nigeria Army will certainly discourage every future informant! In the past, the Nigerian military used to attribute every act of impunity committed by soldiers to a certain “unknown soldier”. Under military rule, particularly, the unknown soldier could do as he wished. The Nigerian soldier was above the laws of the land. But the times have since changed. The Nigeria Army certainly cannot claim not to know the soldiers who committed murder in Taraba State. As the police have demanded, those men and the officer who gave them unlawful orders, if that was the case, must be named and made to face the full wrath of the law. The six victims of that Taraba massacre and their families deserve justice. In a democracy, an army of occupation, a gun-totting military on the streets of the nation, turning its guns on innocent persons is an aberration, and a threat.

But this is the price Nigerians pay for giving the military police work to do. The military and the police have two completely different training manuals and operational orientation. The primary job of the police is to ensure peace and safety, and to protect and serve. Soldiers are trained by their drill sergeants to shoot and kill the enemy: “One shot, one kill”, at close range. The culture of restraint at the heart of police training is unknown to the military. This is why it is dangerous to involve soldiers in the kind of police work that they have been doing in Nigeria. In the 70s, Nigerian soldiers lived in the barracks, usually located out of town. When they came to town, they were rare sightings. But that was until soldiers began to mix with civilians and soon got involved in politics. Gradually, Nigerian soldiers began to behave like those they call “bloody civilians”. It was Alozie Ogbugbuaja, a police man who once drew attention to this when he complained that Nigerian soldiers had become “pepper soup drinking soldiers”. The metaphor was so apt; it drew the ire of the state. Ogbugbuaja was punished for his effrontery.

If anybody were to say the same thing today, however, I guess the person will be hailed for saying the truth. Soldiers are now so involved in “pepper soup” work it is terribly ridiculous. The other day, some soldiers assigned to escort money (N400m?) belonging to an officer were accused of having escaped with the money. The said soldiers are still at large. Whoever reported a case of kidnapping to the Army in Taraba, assuming that was true, had no business calling the Army. The call should have been directed to the police. When Governor Nyesom Wike wanted a notorious criminal called Bobrisky arrested in Rivers State, he didn’t call on the police. He called the Army. In Abia State recently, a soldier reportedly killed a motorcyclist who refused to give him bribe. Once upon a time in this country, nobody would dare offer a soldier a bribe, and no soldier will ask for it. Today, soldiers now mount check-points where they collect tolls like the police.

It is absurd. The excuse that Nigeria is under-policed and therefore the police need to be supported by the military overlooks the difference in the orientation of the two teams. The result is the disaster we are witnessing. During the recent general elections, the Nigerian military was accused of having perpetrated violence in parts of the country. The militarization of open spaces violates Nigeria’s democracy. In Zaria in 2015, Nigerian soldiers trying to clear the road for their boss gunned down about 348 members of the Shiite movement! Our military should concentrate on their professional duty of protecting Nigeria’s territorial integrity, while the police should focus strictly on their mandate. Isn’t it curious that in the light of the Taraba incident the military is now advising Nigerian soldiers, travelling on pass, to hide from the Police by wearing mufti? Is that the end of police/army collaboration? If the police are overwhelmed by the crisis in the country, and unable to function efficiently, the leadership elite should think more creatively beyond the current resort to hollow rhetoric and ad-hoc measures. More police men can be recruited. Better training and equipment should be provided. Police stations should be rebuilt and made to wear a human look. Bad eggs within the force should be identified and flushed out, honest and hardworking police men and women should be encouraged and supported.