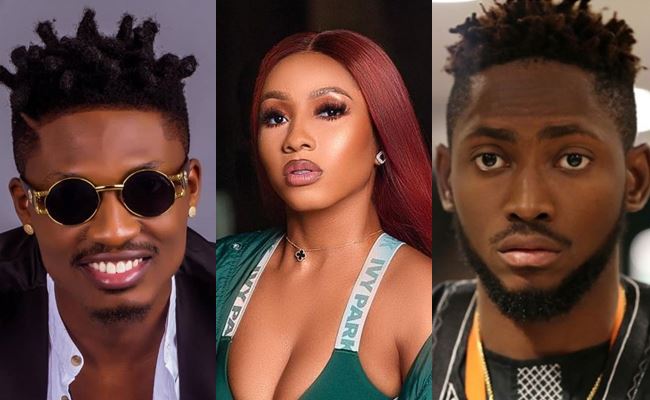 In 2006, the inaugural edition of the popular Nigerian reality show commenced with 14 housemates. The event took place in South Africa and media personality, Katung Adukwe won the competition.

The program went on an indefinite hiatus afterwards until a decade later when it was rebooted. The sophomore project took place in 2017 also in South Africa; two years before it was brought down to Nigeria in 2019.

As Nigerians await the 6th editon of the popular reality show, Ripples Nigeria presents what winners of various BBNAIJA editions have been up to.

Katung Adukwe was the inaugural winner of the popular reality show in 2006. A native of Kaduna State, Katung was a colleague of current Big brother Naija host, Ebuka Obi-Uchendu and Tinsel actor, Gideon Okeke.

He was once a media panelist at the Harvard Africa Business School Forum and served for many years as Senior Channel Manager at MTV Base; Senior Creative Director at VIACOM International and Executive Director at chocolate city.

He is currently the CEO of One O Eight Media and African Partner for Campfire Media.

Eleven years after the original show took place, the second edition aired in 2017. Efe, a talented Nigerian rapper came out on top at the end of the competition.

He went home with the sum of N25 million.

Efe moved to Lagos because it is “where it all happens’’ and worked his way up to earn recognition.

Efe is still trying to breakthrough and make a name for himself as a musician in the Nigerian music scene.

Miracle, a professional pilot came into the House with his pilot license firmly in hand.

After winning the 3rd edition, Miracle went lowkey focusing primarily on his career as a pilot. During his time in the house, he was in a relationship with Nina Ivy, who is now married and has since welcomed her own child.

Mercy Eke made history in 2019 when she became the first woman to win the competition.

The 28-year-old businesswoman and video vixen stated at the commencement of the reality show, Big Brother Naija Pepper Dem that she is a go-getter and her mission was to go home with the grand prize.

Interestingly, she came out on top, etching her name among some of the most fascinating reality stars in the country.

Despite being one of the most enthralling characters at the year’s edition, her reality show which featured her then partner, Ike Onyema, Mercy & Ike failed to achieve any notable success.

Laycon’s win at the 2020 Big Brother Naija edition remains one to be contested with. He went from being an underdog to winning the hearts of Nigerians.

On the opening day of the 5th edition of the reality show, no one gave Laycon a chance. He, however turned things around after he dazzled fans with his rap skills, perception and knowledge of life and finally, his sense of humour.

Laycon’s story as a Big Brother Naija winner has made the average Nigerian youth understand that nothing is impossible to achieve.

In April 2021, he released his debut studio album, ‘Shall We Begin’ which had several massive hit singles on it.

We await the drama and pandemonium that the 6th edition of the popular reality show; however, the reunion show will be coming up in a couple of weeks.

Stay with Ripples Nigeria to get all the details