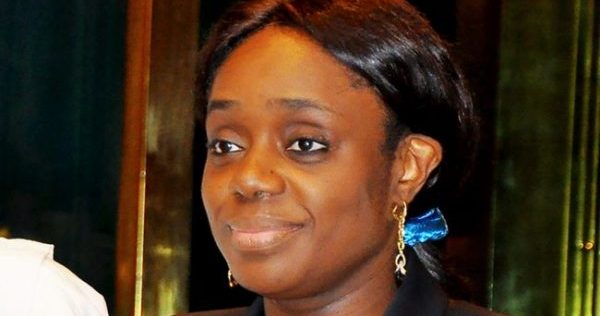 The whistleblowing policy of the Federal Government has again recorded another success as government recovered N13.8 billion from tax evading companies.

It also paid a sum of N439.276 million to another batch of 14 whistleblowers who provided “specific tips” on the companies, Finance Minister, Kemi Adeosun has said.

Adeosun, who made the announcement on Friday in Abuja while briefing newsmen after meeting with World Bank Delegation to Nigeria, said that the payment was made this week, after the government received N13.8 billion from the affected tax evaders who, according to the Minister, are corporate organizations.

The Minister, while highlighting the progress made in the policy implementation, noted that the government has received 8,373 communications, 1231 tips and 534 investigations since it started in December 2016, adding that 190 abandoned properties of the nation’s foreign missions and federal government agencies were recovered.

“This week, we paid whistleblowers the sum of N439.276 million, it was to 14 people who provided on tax evasions about companies who deliberately evaded or under-paid taxes.

“We are getting far more tips on tax evasion, which, of course, is a crime against all of us. Working on those tips. We have had discussions with those companies and they have paid N13.8 billion which we have confirmed have been paid to the Federal Inland Revenue Service,” she said.

Adeosun described the achievement as unprecedented, adding that the government would be revising some of modes of operations of the whistleblowing strategy based on what the team officials learnt from a recent trip to the United Kingdom so as to deepen the policy in institutions, such as ministries, MDAs and parastatals.

She also hinted that the government is in its top gear in preparing cases for prosecution against tax evaders, noting that a serious action would be taken at the expiration of the tax amnesty programme in June.

The Minister added that the government remains resolute in removing ghost workers from its payroll and promoting accountability, stressing that her team is paying closer attention in removing the irregularities in the payroll.

According to her, “We are investigating some cases, it is as simple as some people got married and did not update their names but in other cases, it is a matter of fraud. This is just to give you an idea of how detailed we go and we keep checking the payroll on a regular basis.”

The whistleblowing policy was introduced in December 2016 by President Muhammadu Buhari-led government as part of its initiatives to wage war against corruption.
By Oluwasegun Olakoyenikan…