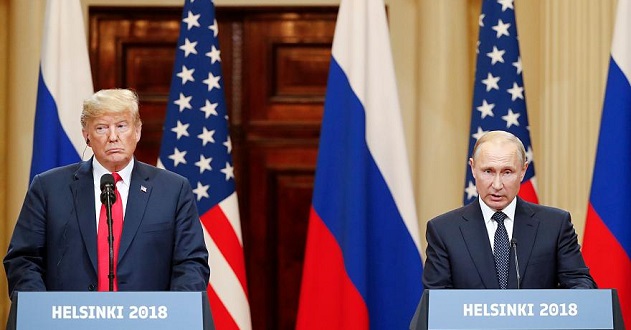 The administration of President Donald Trump is struggling to contain the outcry and confusion following the recently staged summit with Russian President Vladimir Putin in Helsinki, Finland.

Critics are even more miffed that Trump adopted his usual defiant posture two days after their Helsinki summit and called his detractors deranged.

When asked by a journalist before a morning Cabinet meeting whether Russia was still targeting the United States, Trump looked at the reporter, shook his head and said, “No.”

However, when asked later in an interview with CBS News whether he held Putin personally responsible for meddling in the 2016 election, Trump said he did.

“Well, I would, because he’s in charge of the country. Just like I consider myself to be responsible for things that happen in this country,” he said.

Trump has been forced to eat his words after he admitted that he actually misspoke on Russian election meddling.

Trump said he accepts conclusion by intelligence officials that Moscow interfered in the 2016 election which brought him into power but he maintains that Russia’s actions had no impact on the election result.