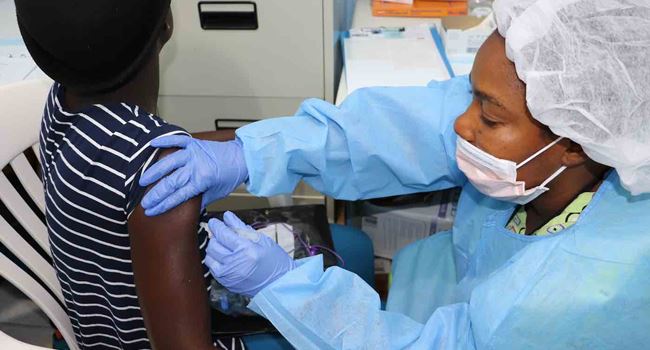 The World Health Organisation on Tuesday issued a warning to African countries over the emergence of a highly infectious haemorrhagic virus similar to Ebola that has been detected for the first time in West Africa.

This incident has triggered a rush to identify potential contacts and squash the outbreak before it spreads.

Dr Matshidiso Moeti, the WHO’s regional director for Africa, made this disclosure during a press briefing saying, “The potential for the Marburg virus to spread far and wide means we need to stop it in its tracks.”

“We are working with the health authorities to implement a swift response that builds on Guinea’s past experience and expertise in managing Ebola, which is transmitted in a similar way,” Moeti said.

Marburg virus was detected in a male patient in Guinea who has since died, according to the World Health Organization. The pathogen is from the same family of viruses as Ebola, but it has no known vaccines or treatments and a fatality rate as high as 88 per cent.

The individual sought treatment in the Gueckedou province, a region in southeast Guinea close to both Sierra Leone and Liberia, raising some concerns that it could jump across the borders.

According to a WHO alert, the man first developed symptoms on July 25, before he attended a small health clinic near his village in a remote forested area on August 1. He died the following day. As of Saturday, all four people identified as high-risk close contacts were asymptomatic.

Marburg virus was first identified in 1967 during two epidemics that occurred concurrently in Marburg and Frankfurt in Germany, and in Belgrade, Serbia. The outbreak was linked to laboratory work using African green monkeys imported from Uganda.

Marburg is transmitted to people via fruit bats, and spreads between humans through direct contact with the bodily fluids of infected people. In 2018, scientists in Sierra Leone found live bats infected with the virus, but no cases were confirmed in humans.

Early symptoms include a high fever, severe headache and malaise, and many patients develop a severe haemorrhagic fever within a week.

The latest outbreak in Guinea comes less than two months after an Ebola outbreak which killed 12 people was declared over. That outbreak was also in Gueckedou province, where the devastating West Africa epidemic from 2014-2016 also began.

The WHO said efforts are underway to trace anyone who may have been in contact with the Marburg victim, with health authorities launching communication campaigns and cross-border surveillance systems enhanced.

There are currently no known vaccines or antivirals for Marburg, though several are in development.

Marburg is listed by the WHO as a top 10 priority disease, meaning it is considered to “pose the greatest public health risk”.

Nigeria accounts for 11% of unregistered children in West Africa – UNICEF

Nigeria set to receive 176000 doses of Johnson and Johnson vaccines