'Who knows who will be alive tomorrow?' Amosu cautions APC leaders plotting towards 2023 | Ripples Nigeria 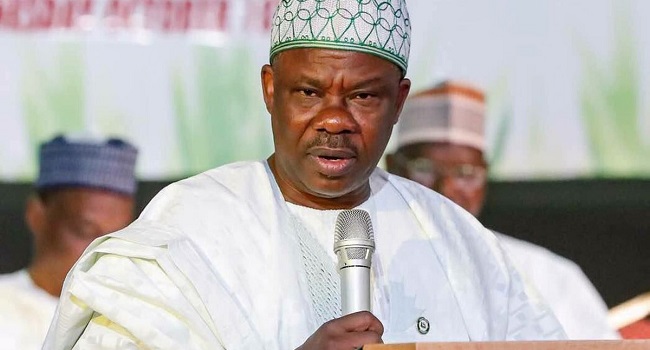 Ogun State Governor, Ibikunle Amosun, on Thursday flagged off his campaign for a senatorial seat, asking his supporters not to vote for the All Progressives Congress (APC) governorship candidate in the state.

The governor, while addressing the party supporters at the Panseke venue of the campaign rally in Abeokuta, said some party leaders who worked against the emergence of his preferred governorship candidate “were only playing god”.

He said the party leaders did not realise that it is only God who gives power, adding that, “it was amazing that those leaders are planning electoral victory ahead of the faraway 2023 poll, forgetting that nobody knows who will be alive then”.

“I am a victim of envy, forgetting that God owns our lives, and they are playing god. They have even started planning for the presidency ahead of the far away 2023 political dispensation. Who knows who will be alive tomorrow?”

Amosun canvassed for votes for himself, and a few contestants under the platform of the All Progressives Congress, (APC), in the state, as well as votes for President Muhammadu Buhari in the forthcoming 2019 elections.

Amosun has been locked in a running battle with the national leadership of the party following his failure to secure the governorship ticket for Akinlade, vowing to back him against his party.

Nigerians haven’t accepted PDP’s apology; you can’t allow a robber back into your storeroom– Oshiomhole