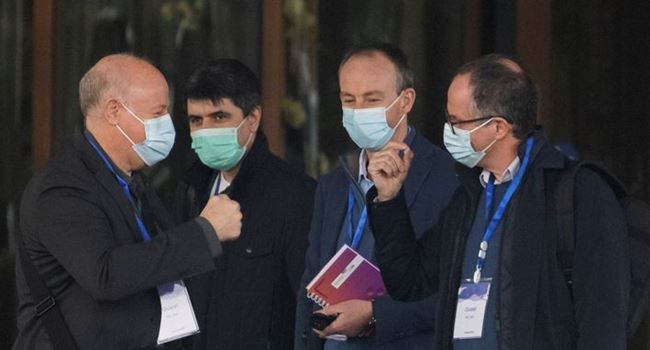 A team of experts of the World Health Organisation (WHO) who are on a mission to investigate the source of the dreaded COVID-19 virus, have visited a research center in the central Chinese city of Wuhan that has been the subject of speculation about the origin of the virus.

Driving through the thick morning mist, the team, led by WHO virus expert Peter Ben Embarek, arrived at the heavily guarded Wuhan Institute of Virology on Wednesday morning.

“I am looking forward to a very productive day, meeting the key people here and asking all the important questions that need to be asked,” team member Peter Daszak, who is the president of the EcoHealth Alliance, said from his car as it drove in.

The WHO team’s visit to the Wuhan Institute of Virology was a highlight of their mission to gather data and search for clues as to where the virus originated and how it spread.

“We’re looking forward to meeting with all the key people here and asking all the important questions that need to be asked,” zoologist and team member Peter Daszak said, according to footage run by Japanese broadcaster TBS.

Recall that authorities in China finally approved the entry of the WHO experts after they were initially denied entry, on Monday, January 11, following a statement issued by the Chinese National Health Commission.