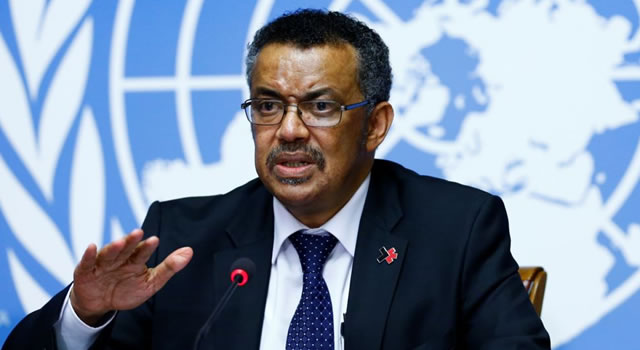 The United Nations has cautioned against declaring victory against Ebola in the Democratic Republic of Congo warning that it is still at war with the dreaded virus.

That warning was issued by the head of the World Health Organisation (WHO) on Tuesday despite encouraging signs that the Ebola epidemic may have been brought under control.

“The outbreak is stabilising, but still the outbreak is not over,” WHO chief Tedros Adhanom Ghebreyesus told journalists on a visit to Democratic Republic of Congo’s capital Kinshasa.

Read also: US orders its citizens to leave Mozambique

“We are still at war, and we need to continue to strengthen our surveillance and … be very vigilant.”
The fight against the outbreak is also being hampered by fear and suspicion of medical authorities reports say.

Health officials say they face a huge significant mistrust especially as many place more faith in clerics in white collars rather than doctors in white coats.

According to reports, a doctor and a nursing sister were threatened by locals after they were accused of bringing the disease to their communities, while people in one town prevented medics from testing the body of someone suspected to have died from Ebola.

Related Topics:Nigerian newspapersripples nigeriaWHOWHO says fight against Ebola still onWHO says it is still at war with Ebola in DRC
Up Next

Despite historic summit, US issues guidelines for lifting of sanctions against N’Korea