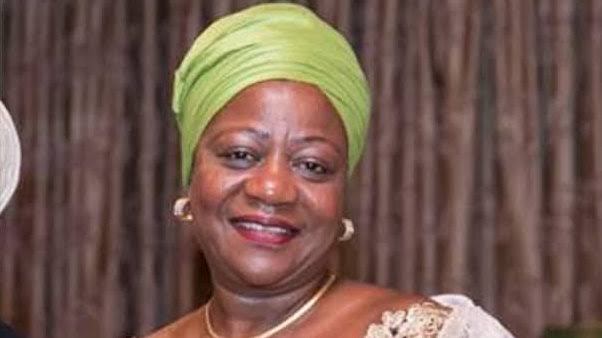 Lauretta Onochie, the Personal Assistant to President Muhammadu Buhari on Social Media, has given reasons why the Nigerian President will not release the incarcerated leader of the proscribed Indigenous People of Biafra (IPOB) Nnamdi Kanu, anytime soon.

She also described the Biafran agitator as an ‘agent of death.’

Onochie who made the position of her principal known through a post on her Facebook page on Monday, said Buhari will not release Kanu because of the killing of notable Nigerians in the South-East region by IPOB on the orders of their leader.

Onochie further accused the secessionist leader of having a hand in the deaths of many Nigerians including Chike Akunyili, the husband of former Director General of the National Agency for Food and Drug Administration and Control (NAFDAC) late Prof Dora Akunyili, who was murdered a few weeks ago by suspected gunmen.

Reacting to calls by traditional and religious leaders, civil society groups and leaders of thoughts from the South-East for the release of Kanu who is currently in the custody of the Department of State Services (DSS) Onochie said such calls are useless as Buhari would not succumb to them and release Kanu whom she described as a serial killer and a monster.

“Nigerians are waiting anxiously for justice to be done. Under President Buhari, a due process advocate, the monster will get a fair trial, a chance he didn’t accord those he ordered their executions. The families of the slain are waiting for a fair and just closure to their nightmares.

“Well-meaning Ndigbo are of the opinion that their leadership, failed them by encouraging one of them who was clearly an unwell man. They did not speak up when they should. They are still hiding their heads in the sand.

“To call for his release is to spit on the graves of Dr. Chike Akunyili, Dr. Lawrence Ezenwa, Dr. Ahmed Gulak, slain traditional rulers, students, virgins, and ordinary Nigerians of Igbo stock who lost their lives on the instructions of this lunatic, not forgetting the security operatives they murdered.

“Buhari will not release that demented agent of death just because his people want him released. He must face justice and have his day in court,” she insisted.