Why Gov Umahi wants us out of Southeast —IPOB | Ripples Nigeria 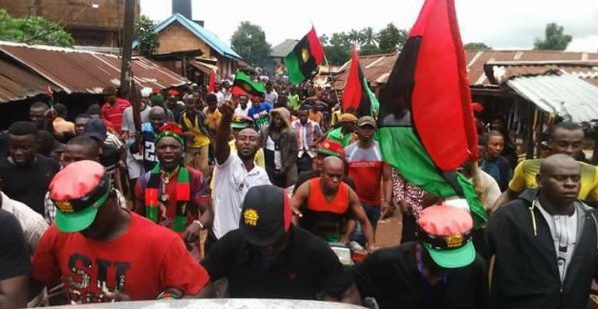 The Indigenous People of Biafra (IPOB) has condemned attempts by Ebonyi State Governor, Dave Umahi to stop its activities in the state, insisting the governor has no capacity to suppress the group.

The group was reacting to the ban the State government placed on the activities of the group on Monday, claiming that IPOB was a proscribed organisation.

IPOB, in a statement by its Media and Publicity Secretary, Emma Powerful, while insisting that the State government had no capacity to suppress them, alleged that Umahi was against them because the ruling All Progressives Congress had promised to make him their vice-presidential candidate for the 2023 presidential poll.

The statement read in part: “Dave Umahi’s desperate attempt to turn our beloved Ebonyi State into another vassal state is dead on arrival.

“IPOB is on the ground and will never allow it. If his ‘Alice in Wonderland’ dream of becoming Bola Tinubu’s running mate in the 2023 presidential election is his motivation for coming out against IPOB at this critical moment in our history, then he is not only misguided but deluded.

“We note that this is not the first time Dave Umahi has sought to impress his masters by making grand declarations against IPOB.

“Sometime in mid-2017 he issued a Fatwa against our leader and boasted that IPOB’s rallies would never hold in Ebonyi State.

“How many Fulani governors have come out against herdsmen or Boko Haram? Yet Igbo governors keep on making a complete fool of themselves by attacking IPOB.”