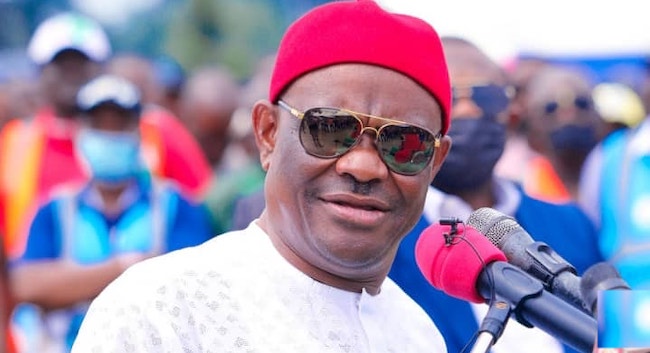 Rivers State Governor, Nyesom Wike, said on Monday he would effectively tackle the country’s insecurity if elected as President in 2023.

The governor, who stated this when he featured in a Channels Television’s programme, Politics Today, said he would lead from the front and ensure that the military do their jobs by taking the fight to the criminals.

He also promised to end oil bunkering in the Southern part of the country.

Wike said: “The present government is not doing enough to tackle the insecurity, no commitment whatsoever. As a leader, you owe a duty to superintend, supervise what is happening.”

The governor declared his intention to vie for Nigeria’s highest political office on Sunday.

Others individuals in eyeing the PDP ticket are the Publisher of the Ovation Magazine, Dele Momodu, ex-Senate President, Bukola Saraki, Bauchi State Governor, Bala Mohammed, former President of the Pharmaceutical Society of Nigeria, Mazi Ohuabunwa and former Secretary to the Government of the Federation, Anyim Pius Anyim.