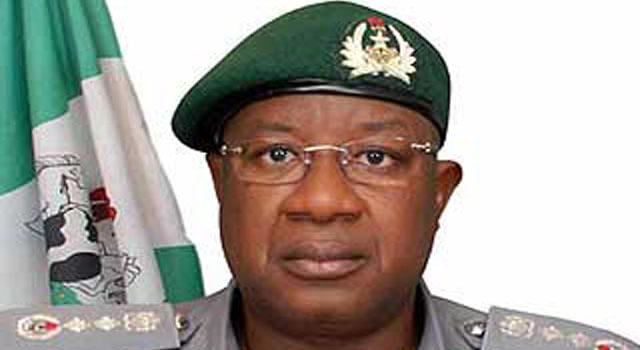 The inability of the Independent Corrupt Practices and other related offences Commission (ICPC) to arrest and produce a former Comptroller General of the Nigeria Customs Service (NCS) Abdullahi Dikko, led it to withdraw the N1.1 billion fraud charge brought against him.

According to the counsel to the anti-graft agency, E. A Sogunle, who made an oral application for withdrawal on Wednesday, the agency does not want to clog the docket of the court presided over by Justice Ijeoma Ojukwu, electing to withdraw the case until such a time Dikko is arrested and brought to court.

Dikko was arraigned alongside two other defendants, a former Assistant Comptroller-General of Customs in charge of Finance, Administration and Technical Services, Garba Makarfi and a lawyer, Umar Hussaini,

The ICPC in the suit marked: FHC/ABJ/CR/21/2019, alleged that the former Customs boss and his co-defendants, induced the Managing Director of Cambial Limited, Yemi Obadeyi, to pay over N1.1bn into the account of Capital Law Office owned by the 3rd defendant, as a refundable “completion security deposit” for the purchase of 120 units of duplexes as residential accommodation for officers of the Nigeria Customs Service.

The money was allegedly distributed into various other bank accounts by Hussaini, while he was allegedly rewarded with the sum of $3 million for his effort.

Miffed by the refusal of Dikko to show up in court since their arraignment, Justice Ojukwu on February 17, issued a bench warrant for Dikko to be arrested and produced before the court.

The trial Judge also directed the prosecution to ascertain the claim by counsel to Dikko that his client was hospitalized in London.

When the case resumed on Wednesday, the ICPC lawyer, while relying on section 108 of the Administration of Criminal Justice Act, (ACJA) 2015, made the oral application to withdraw the charge.

According to Sogunle, the Commission was unable to arrest Dikko despite the bench warrant that was issued against him.

He said: “My lord, at the last adjourned date, the 1st defendant (Dikko) was conspicuously absent and the court-mandated the prosecution to investigate his whereabouts.

“In our effort to do this, we wrote to the Nigerian Immigration Service (NIS), who replied that they have no record of the 1st defendant either travelling in or outside of Nigeria between January 2020 and till date.

“In the circumstances, we have filed an affidavit of compliance with the court’s directive that we find out his whereabouts. This affidavit is to show the steps we have taken so far.

“We do not want to clog the court’s docket with this matter. We are convinced that the 1st defendant is a fugitive from law. We are taking every steps to apprehend him. When we do that, we will bring him before the court.

”In the circumstance, we wish to withdraw the charge, pursuant to Section 108 of ACJA, without prejudice to whenever he is apprehended”.

Justice Ojukwu consequently dismissed the charge as the application for withdrawal was not opposed by Dikko’s team of lawyers led by Mr. Solomon Akuma, SAN.

Senate disagrees with claims that Buhari’s appointments are lopsided