Home » Graffiti » Why Nigeria must break up 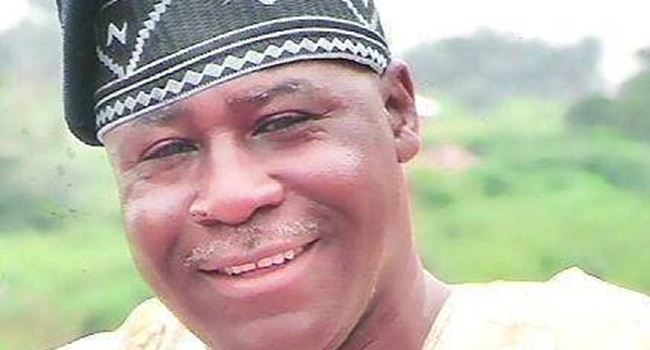 Nigeria is a tragedy

“Nothing in the world can take the place of persistence. Talent will not; nothing is more common with unsuccessful men with talent. Genius will not; unrewarded genius is almost a proverb. Education will not; the world is full of educated failures. Persistence and determination alone are omnipotent.”

I am aware that there are many who mouth UNITY every day when in fact they do not believe in it. I am aware there are people who keep chanting that TRIBALISM is our bane when indeed it is our real strength. I am aware that most of us like to be politically correct and say, Nigeria must unite when in fact we all know that breaking it up is the best thing for the peoples of this geographical expression.

Nigeria is not a viable entity. It is a tragedy. It is a misnomer. It should cease existence. We all have to go our different ways. This is more so because this is what we all want severally. We all do not want Nigeria. We are all dissatisfied with Nigeria. Nigeria has betrayed us. Our hopes are dashed. Our dreams are unrealizable within the Nigerian structure.

I am not a religious person. I hate churches. I loathe mosques. But something nudges me about the existence of the Supreme Being. Though, I am not sure about this, I am willing to entertain myself with the thoughts of such. To this extent, I am declaring that I have the proof that Nigeria exists against the WILL of ELEDUMARE.

We all want to have our nation-states where we can hold people accountable. We need to do away with the protective evil umbrella that Nigeria spreads over the evil doers in our respective nations. We ought to stop pretending that we want Nigeria. Nigeria must break up. We all need to work towards this. It is the best option available.

I know breaking up Nigeria is a titanic task. I know most people are afraid to express this truism. I know most people are scared to contemplate this reality. But I am convinced that this is the DESTINY of Nigeria. I know that those who are benefiting from the Nigerian misery would resist. But we have to take a cue from Calvin Coolidge to be persistent and determined.

I call on the nations of Nigeria to begin their liberation from Lord Lugard’s contraption. The DESTINY of Nigeria is the freedom of all nations subjugated under its misnomer. Nigeria can never give us peace. It must break into pieces. It is Nigeria’s DESTINY.

“In the long history of the world, only a few generations have been granted the role of defending freedom in its hour of maximum danger. I do not shrink from this responsibility – I welcome it.”
-John F. Kennedy, January 20, 1960.