Home » Politics » Why Nigeria’ll maintain its support for ICC –Buhari 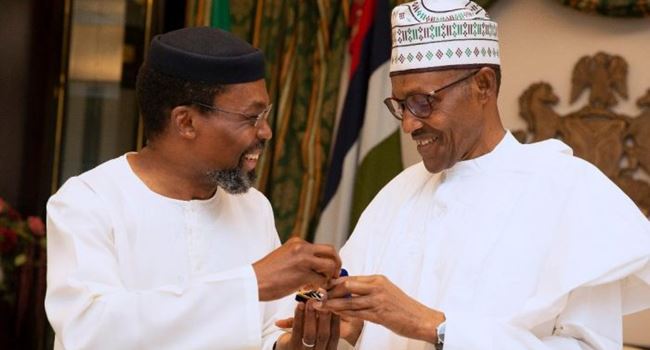 During the meeting President Buhari revealed that Nigeria will continue to support the international court to ensure it fulfills its mandate.

According to Buhari, “The ICC provides a moral strength for victims to receive justice against internal and external injustice.”

The President’s special adviser on media and publicity, Femi Adesina, who made the details of the meeting known in a statement, added that Buhari also called on developed countries to take the ICC “more seriously in order to strengthen the rule of law and democracy.”

Buhari had also during the meeting, the statement revealed, commended Judge Eboe-Osuji for the achievements of the ICC under his presidency.

Eboe-Osuji had earlier during their meeting congratulated Buhari on his re-election and successful inauguration for a second tenure.

He also appreciated Buhari for his “strong and unambiguous statement in support of the rule of law” and for the court and its principles during his visit to the headquarters of the ICC in The Hague last July.

The ICC President urged Buhari to maintain Nigeria’s support for ICC and asked African leaders whose countries are yet to ratify the Rome Statute which established the court to do what is expected of them.