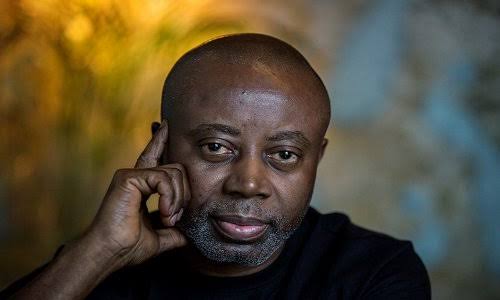 Arrested Sunday evening on his way into the country, activist Chido Onumah has said that his unlawful detention stemmed from the inscription on the T-shirt which he wore.

Written on the shirt was, ‘We Are All Biafrans,’ the title of a book he wrote about Nigeria.

Mr Onumah was released by operatives of the Department of State Services (DSS) nearly five hours after his arrest.

He told newsmen, upon regaining his freedom, “I was arrested for wearing the T-shirt because the SSS said it is capable of causing disaffection in the country.

”They said some people had issues and had contacted them (SSS) whether I was a part of a group that was planning against the country.”

Ripples Nigeria had reported how the DSS on Sunday evening picked up Chido Onumah upon his arrival into the country.

The journalist who had just returned to Nigeria from Spain, was arrested at the Abuja airport.

He arrived via a Lufthansa airline and was waiting for his luggage at about 5:00 p.m. when he was arrested.

Onumah, is one of the leading advocates for the protection of whistleblowers and coordinator of African Centre for Media & Information Literacy (AFRICMIL).

AFRICMIL in a statement, condemned the arrest.

“AFRICMIL condemns in strong terms the unjustifiable arrest of Mr Onumah and demands his immediate and unconditional release,” AFRICMIL spokesman Abdulaziz Abdulaziz said in the statement.

“Waylaying law-abiding citizens should not be turned into the preoccupation of an entire security outfit,” the group said.

The DSS is, however, yet to speak on Onumah’s arrest.