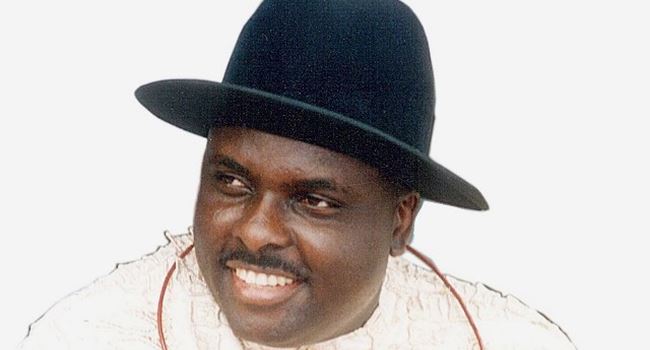 The Accountant General of the Federation, Ahmed Idris on Tuesday disclosed that the £4.2m looted by ex-Delta State Governor, James Ibori, has been returned to the state.

Ripples Nigeria had reported that the Attorney-General of the Federation, Abubakar Malami on March 9 said the loot would be used for infrastructural development and not returned to the Delta State Government where it was pilfered from.

“The major consideration relating to who is entitled to a fraction or perhaps the money in its entirety is a function of law and international diplomacy,” Mr. Malami noted.

However, the Accountant-General on Tuesday told the House of Representatives Ad hoc Committee that recoveries are made by the Federal Government on behalf of states.

According to him, any recovery arising from looted funds from a particular state would go directly to the states.

“Such recoveries go specifically to those states. Honourable Chairman, any recovery arising from the looted funds from a particular state goes to the state. The state governors will not even allow this to fly.”

“You know they will not. They will take the Federal Government to court for holding their money. So we don’t joke or play with that, we pay them their money.”

Sultan counsels on ways to handle fight against corruption