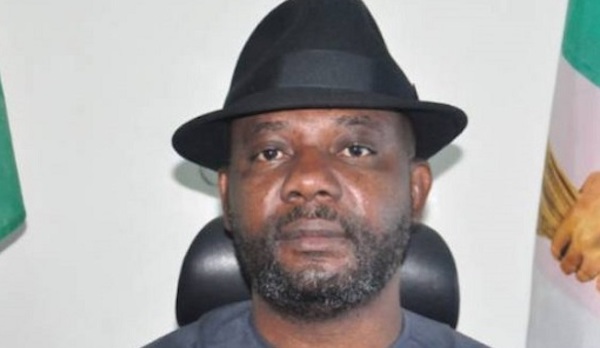 The All Progressives Congress (APC) on Thursday explained the reason behind the recent defections from the Peoples Democratic Party (PDP).

The party in a statement issued by its Deputy National Publicity, Yakubu Nabena, said the opposition party was so broke and can no longer pay its bills.

He said progressive members of the PDP were also moving enmasse to APC because the party was still grappling with a leadership crisis.

The prominent members of the PDP had joined the APC this month.

The Ebonyi State governor, Dave Umahi, switched to APC about 12 days ago while a Senator from Adamawa North Senatorial Distruct, Ishaku Abbo, confirmed his defection to the ruling party on Wednesday.

The statement read: “It is not surprising that progressive-minded members of the Peoples Democratic Party have been defecting enmasse from the opposition party to the All Progressives Congress in recent times.

READ ALSO: APC will shock Nigerians with massive defections from other parties – Buni

“For a party unable to run its Secretariat, pay staff salaries and its leadership grappling with a crisis of confidence, it will be unfair to expect its progressive-minded members to remain in the PDP which has failed woefully as the supposed ‘main’ opposition party in Nigeria.

“It is disheartening that the PDP is pushing Nigeria into a largely one-party state. As a party that believes in democracy and progressive politics, the APC does not subscribe to this.

“We, therefore, challenge other opposition political parties to take the place of the PDP because even as the governing party, we recognise the importance of rigorous and intelligent interrogation of our policies and programmes by the opposition which the PDP has woefully failed to do.“