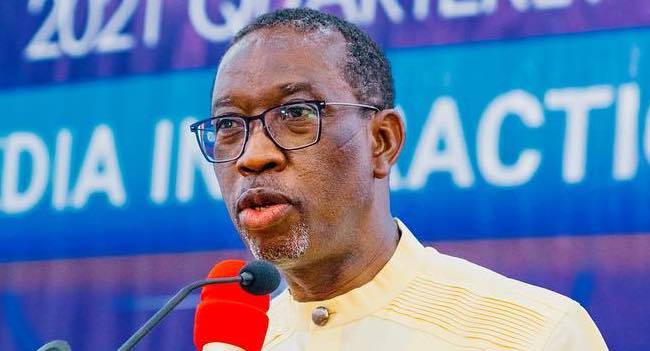 The Delta State Governor, Ifeanyi Okowa, on Thursday explained why the Southern Governors’ Forum asked the Federal Government to convene a national dialogue to address the country’s current challenges.

Okowa, who addressed a delegation of the Chartered Institute of Information and Strategy Management (CIISM) who paid him a courtesy visit at the Government House in Asaba, said the national dialogue would provide the right platform to discuss various issues and challenges currently confronting the country.

The Southern governors had on May 11 met in Asaba and made several recommendations on major national issues.

These include the ban of open grazing in the region, restructuring, devolution of power to the federating units and state policing.

The governor said the separatist agitations were fuelled by perceived injustice in the polity, adding that the proposed national dialogue would discuss and resolve the agitations in the interest of the country.

He said: “There are too many things going on now in this country and we need a platform that will unite us as Nigerians.

“In seeking for that unity, if we have voices that are getting strong because of one reason or the other, we need to be able to listen to them.

“We need to be able to accommodate those voices and that is why the Southern Governors’ Forum actually did call for a national dialogue because when people sit together to dialogue with themselves, they are able to speak their inner minds, they are able to find ways of resolving disputes.

“So, we truly believe that in the communication process there must be a space for people to air their views and we also advise that there is still a lot of room to talk; so, our people should not take up arms instead of talking with their voices.

‘Information restriction has no place in democracy,’ US restates position on Nigeria’s Twitter ban