Home » Politics » Why Tinubu is very bitter with Obasanjo- PDP 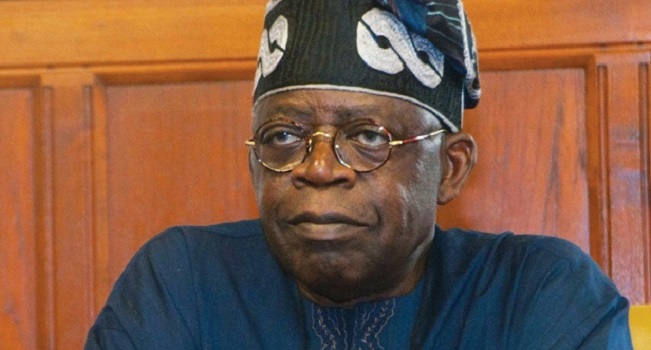 The Peoples Democratic Party (PDP) on Tuesday offered reasons why it believed that the acclaimed leader of the All Progressives Congress (APC), Senator Bola Tinubu, is at daggers drawn with former President Olusegun Obasanjo.

Tinubu had, earlier on Tuesday, blamed the former President for all that was wrong with the Nigerian economy, adding that the main opposition party for which Obasanjo now had sympathy for was a notorious rigging machine.

He said, “The worst of Obasanjo’s record, I have yet to describe. When it comes to elections, he has been a rigger without peer. There is no election which occurred under Obasanjo’s watch or in which he participated that did not involve cheating on his part.

“Jonathan and his Petroleum Minister’s siphoning government coffers of several billion dollars to enrich the already-rich must have been viewed by the PDP as the epitome of a social safety net. Obasanjo’s and the PDP’s disdain for the common person could not be clearer.”

However, PDP while reacting to Tinubu’s remarks on Obasanjo, following the latter’s public letter in which he questioned the fitness and acumen of President Buhari, described the former governor’s comments as disrespectful and reckless.

In the Tuesday statement by its spokesman, Kola Ologbondiyan, the party said, among others, that “Tinubu in his tirade against the former President sounded like a disrobed ruler facing a pang of defeat as he watches his empire being legitimately taken.”

The statement read: “It is shocking that Asiwaju of Lagos can be in cahoots with President Muhammadu Buhari, who has always been in league with all known dictators, while at the same time claiming to be on the side of democrats.

“It is however not a surprise that Tinubu is in severe pain because President Obasanjo exposed their rigging plans. Asiwaju had always won elections for himself and his cronies through rigging and this account for his bitterness.

“His reliance on rigging was typified in the Osun election where results were manipulated in order not to ‘disgrace’ the fading politics of the Asiwaju of Lagos.

“Let it be placed on record that the story of that election has not been fully told by Tinubu in his snide remarks against President Obasanjo. He chose to be silent on that phone call which was clandestinely put across to Abuja, consequent upon which the Independent National Electoral Commission, INEC, declared an election already won by the PDP, as inconclusive. Since the matter is in court, we will not join Tinubu in abusing court processes.

“It is also important to state that Atiku Abubakar did not claim to have rigged election in the South-West. However, if Tinubu today denies his affinity with Atiku Abubakar, which is well known in the entire nation, then he can deny even his own existence.”

The statement added, “it is an established fact that Obasanjo remains a statesman and a global figure who always speak the truth to power and put the interest of our nation above all.

Read also: TINUBU TO OBASANJO: You, PDP are the masterminds of Nigeria’s economic woes

“President Obasanjo and PDP genuinely fought corruption in this country. With the establishment of Independent Corrupt Practices and Other Related Offences Commission, ICPC, Economic and Financial Crimes Commission, EFCC, Special Fraud Intelligence Unit, SFIU in the police as well as the Nigerian Security and Civil Defence Corps, NSCDC, to investigate economic crimes and corruption activities as well as trial of Nigerians believed to have committed wrongdoings.

“Under President Obasanjo, there were no sacred cows in the fight against corruption, unlike what we are witnessing today, in which corruption has become pervasive under the nose of President Buhari in the presidential villa”.

The party further said it was ridiculous “that Tinubu can attempt to justify the sharing of N10, 000 each to traders, in the market by Vice President Yemi Osinbajo, saying it believe that “Asiwaju of Lagos has not read and like President Buhari is also unaware that the same poor people which Osinbajo claimed to be helping with his ‘tradermoni’ voodoo, chased him out of the UTC market in Abuja.

“It is imperative to ask Tinubu if he saw the cartoon making the round, where poor people were depicted thronging around him with paltry N10,000 in their hands while he sat on his throne with full chicken in his hands and telling the famished lot that he has nothing to offer them.

“Nigerians already know that their help is not in the hands of people like Asiwaju of Lagos and President Buhari, who are amassing wealth for themselves and their generations yet unborn, while the people live in squalor.

“In modern day governance, leaders do not give handouts to the citizens, they create enabling environment for them to prosper. We challenge Asiwaju of Lagos to go round the markets of Idumota, Alaba, Ikeja Yaba and ask the traders if the N10, 000 has yielded them the profit to purchase hotels, oil companies, airlines, and tax colleting agencies.

“Since Asiwaju of Lagos understands the reason for collation of PVC numbers in exchange for the N10, 000 trader money, he will do the nation good, especially at this time, if he provides explanation for this joint venture outside rigging of elections.