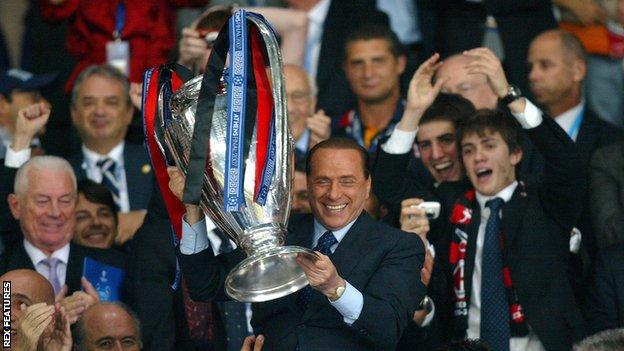 Italian Serie A club AC Milan have been banned by UEFA from next season’s Europa League following an investigation into their finances.

The governing body had been looking into whether the Italian club had complied with the Financial Fair Play (FFP) regulations.

Uefa’s financial fair play rules were brought in to stop clubs running up huge debts, and they can be punished if they spend more money than they earn.

Sanctions for breaching the rules range from warnings and reprimands to points deductions and transfer embargoes.

On Wednesday, Uefa said AC Milan, which spent £200m on transfers last summer after a takeover, breached rules around requirements for clubs to break even.

“The club (AC Milan) is excluded from participating in the next UEFA club competition for which it would otherwise qualify,” read a Uefa statement.

Milan finished sixth in Serie A last season, and so qualified for next season’s Europa League. But they will now miss the competition due to the ban.

Meanwhile, the seven-tome UEFA Champions League winners has the right to appeal the decision to the Court of Arbitration for Sport in Lausanne, Switzerland.

As a result, the club in a statement also on Wednesday said: “AC Milan has instructed its legal team to appeal the decision seeking a prompt review of the ruling.”

Milan got to the round of 16 of last season’s Europa League and was eliminated by Arsenal.

How Moses felt after Eagles crashed out of World Cup