Home » Politics » Why we must accept Ruga –Gov Lalong 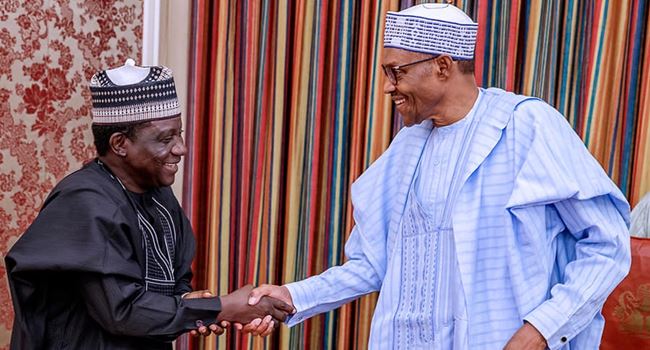 Governor of Plateau State, Simon Lalong, on Monday said acceptance of Ruga settlement will help to put end to the ongoing insecurity in various states in the country.

Lalong who spoke with State House correspondents on Monday after a meeting with President Buhari at the Aso Villa, State House Abuja, said the President was not imposing Fulani settlements on unwilling states contrary to speculations across the nation.

“It’s not the federal government that is imposing it on any state. To the benefit of Mr President, the President has not imposed that on any states. It was voluntary. And they said any state that is prepared to do that to address insecurity in his state should come and apply.

Lalong also said different appellations that had been given to the programme were the source of controversy enveloping it.

He said various sensitizations have been done on the need to  agree ranching initiative under Vice President Yemi Osinbajo.

He said: “I think the Ruga thing should not be anything that should bring controversy with the level of sensitization we’ve already made.

“I am a member of the food security committee, I am a member of the herdsmen/farmers committee. We’ve gone a long way on this issue and we’ve said that the only the solution that can address some of these insecurity issues between herdsmen and farmers is the ranching policy.

“You remember that one time we have gone far when some people called it a colony and called it this and that, and it created controversy.

“But I think when they mention Ruga, it may be particular to a particular tribe. But what we are doing is all-encompassing. It’s for the benefit of Nigeria.

“I have said particularly in my state that animal husbandry, livestock rearing is not a prerogative of one tribe. Everybody must get involved in it and that is what we have done in our state when we registered for it.

“We said we are going to put these structures to enable us to encourage youth, train youth. Right now we are training permanent secretaries, retired civil servants who would also get involved in it so that we can address some of the insecurity that we have in the nation.

“So, when somebody mentioned another word, people would not wait to question and find out who and who are bringing those words. That is just a simple fact.

“But if you go to what we have done because they have mentioned some states which are included, yes, those states applied, those states said we have land for it.

“So, some of the state’s applied and we are at the level of the pilot scheme and some mischief makers would start bringing terms to cause confusion in the country. It’s very unfortunate.”