Why we’re begging R-APC, others not to dump APC —Abdullahi 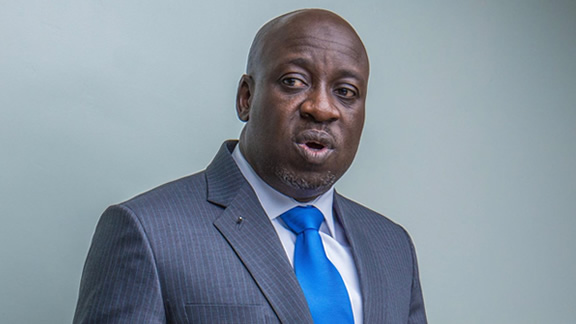 The All Progressives Congress (APC) has justified why its leadership has intensified efforts to ensure members of the Reformed-APC and other aggrieved members do not dump the ruling party.

The party’s national publicity secretary, Mallam Bolaji Abdullahi, said that as a responsible party, the APC had to engage the aggrieved members to stop them from leaving because politics is a “game of number”.

Buhari had last Thursday met with Senate President Bukola Saraki at the Presidential Villa, Abuja, where he allegedly begged him not to dump APC and promised he’ll ensure Saraki retains the Senate presidency in 2019.

Oshiomhole, who had earlier put on a hard posture boasting never to loose sleep over R-APC members, was also said to have met with the APC factional national chairman, Buba Galadima, in the early hours of Sunday morning at the home of Senator Rabiu Kwankwaso in Abuja, reportedly to beg him and his members against leaving the ruling party.

According to Abdullahi, “What President Muhammadu Buhari and Comrade Adams Oshiomhole, the National Chairman of our party are doing, persuading every aggrieved members not to leave the party, is what responsible and sensible party leaders would do.

“Party politics is a game of number. And that game is addition. If the PDP had the same presence of mind in 2015, perhaps the calamity that befell them would have been averted.

“After three years in the wilderness, the Peoples Democratic Party is understandably excited with possibility of hiding its irredeemably bad image under the heap of a new coalition.

“Like the vulture, the PDP sees every altercation as a potential opportunity for a feast,” Abdullahi said in a statement on Sunday.

Meanwhile, Saraki who was a guest lecturer at the fourth convocation and conferment of honorary doctorates on some prominent persons by the Adeleke University, Ede, Osun State, at the weekend, told newsmen that he would soon make his political intention known.

“Like I said last week, I will tell Nigerians where and what my intentions are. I would do that very soon,” he had said.

Saraki, is believed to be planning to officially dump the APC along with other members of the R-APC in the two chambers of the National Assembly any time this week.