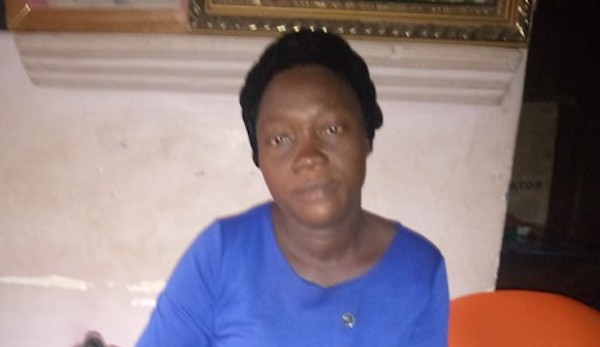 Josephine Okereke, the widow of the newspaper vendor, Ifeanyi Okereke, who was killed by a stray bullet fired by one of the security aides of the Speaker of the House of Representatives, Femi Gbajabiamila, has distanced herself from the family’s demand for N500 million compensation from the speaker.

The family had in a letter dated November 23, 2020 and sent to Gbajabiamila through their lawyer, Chief Mike Ozekhome (SAN), demanded N500million compensation from the speaker over their son’s untimely death.

Members of the deceased family directed the speaker to pay the money within seven days or face legal action.

Okereke died at the National Hospital last week after he was hit by a stray bullet during Gbajabiamila’s visit to the Federal Secretariat in Abuja.

The speaker had since handed over the security agent, Abdullahi Hassan, to the Department of State Services (DSS) for questioning on the incident.

However, in a chat with journalists on Thursday, the widow said she was not informed about the family’s demand for compensation.

She noted that Gbajabiamila has already promised to take care of the deceased family’s needs, especially the children’s education.

The woman said she was shocked by the family’s demand and is not interested in anything that would jeopardize the promise already made by the speaker to care for her two children.

Josephine added that she is more interested in getting justice for her late husband than in any monetary compensation.

She said: “All I want now is that the person that killed my husband to face justice. He was the breadwinner of the family and he just secured a job with the Federal Ministry of Labour and Employment.”