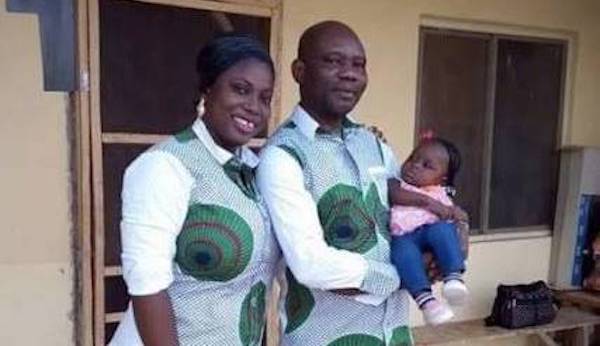 Francisca Ogbu, the widow of the journalist who was shot dead by the police during a protest by members of the Islamic Movement of Nigerian (IMN), has cried out for justice for her late husband.

Alex Ogbu, who was a journalist with the Regent Africa Times Magazine, was covering the Shiite’s protest when he was shot in the head by the anti-riot policemen deployed to maintain law and order during the rally at Berger Roundabout, Abuja, on January 21 last year.

To mark the one year anniversary of her husband’s death, the woman said she would do everything to ensure that her late husband gets justice no matter what it takes.

The case the Ogbu’s family instituted came up for hearing at the Federal High Court, Abuja, on Thursday, exactly one year after the journalist’s death.

The bereaved mother of one said: “The one-year journey has not been easy. I need to take care of my daughter’s education because she needs to get herself back. There is no support from anybody. The police had continued to delay the matter so I can give up on the case.

“I went to meet the FCT Commissioner of Police and he told me that the matter had been transferred to Inspector-General of Police and that it was no longer under his control.

“I also went to the Force Headquarters to see the IGP but they kept dribbling me left and right up till today. I will not give up in this fight even with my last drop of blood. I will not stop until I get justice and those who killed my husband are brought to book.”

Related Topics:policeWife of journalist
Up Next

‘Prove that I threatened you and get N100m,’ Omokri replies mother of assaulted Deeper Life college student