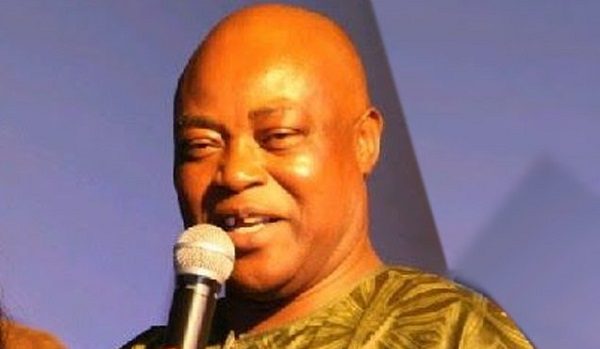 Rivers State governor, Nyesom Wike, and former senator, Magnus Abe, have been accused of doing everything possible, including ‘acts of witchcraft’ to ensure President Muhammadu Buhari does not reappoint Rotimi Amaechi as a minister.

Amaechi, a former governor of Rivers State, served as the Minister of Transportation in Buhari’s first term in office.

But a chieftain of the All Progressives Congress (APC) in Rivers State, Eze Chukwuemeka Eze, alleged that there are currently campaigns of calumny by Wike and Abe to portray Amaechi as a failure in order to de-market him.

He stated this in a statement on Thursday, but said the campaigns will amount to exercise in futility.

He said Wike and Abe’s alleged employment of some media influencers to dish out press releases and appearing as guests on some national television stations as well as buying advertorial pages in some national dailies, and requesting President Buhari not to renominate Hon. Amaechi into his cabinet were “acts of witchcraft, diabolical, wicked, unjust and unacceptable”

According to Eze, Amaechi’s patriotic zeal and commitment for a new Nigeria, is enough to have him reappointed by Buhari.

He said, “Besides the fact that Amaechi served as the Director General of the Buhari Presidential Campaigns, a role he had previously played in 2015 and happily delivered on both mandates as the President won his re-election in February, coupled with the revolution that he brought into the rail system in Nigeria, he has beaten his enemies to their game.

“He has performed creditably well in the transportation ministry; the former minister completed some ongoing railway projects like the Kaduna-Abuja road, the Abuja rail and Warri-Itakpe rail. The Lagos-Ibadan railway will be completed early next year and for continuity, which has been one of the hallmarks of President Buhari’s administration, Amaechi’s nomination is a foregone conclusion.

“Assuming all that Amaechi achieved on behalf of Nigeria and President Buhari do not guarantee his renomination, then the acceptance by majority of Nigerians that Amaechi was not only the best minister in the immediate past federal executive cabinet but the most outstanding among his colleagues, which they indicated in the various media surveys, will ensure his nomination.