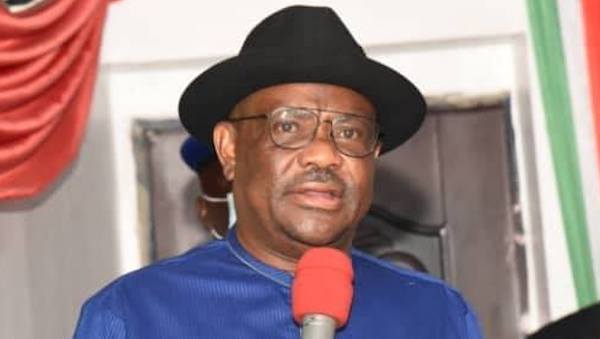 The Rivers State Governor, Nyesom Wike has accused the Federal Government of causing a crisis in Rivers State despite the insecurity bedevilling the country.

Wike made this assertion when the Vice President of the Rotary Club of Port Harcourt, Obiageli Ejezie, led other leaders of the association to the Government House, Port Harcourt.

In his statement, Wike stated that the federal govt had induced security crises in Rivers.

The APC governors had also visited the Presidency to demand the withdrawal of a commissioner of police from Rivers, the Governor explained.

“Now, in order to cause crises in our state, they brought the CP they wanted. At the end of the day, God did not allow them to have their way. But see what is happening in his state now. When you are plotting evil against somebody, evil will visit you. And that is the problem Governor el-Rufai is facing today in Kaduna State.’’

“I remember when I came in 2015 when they were honouring one of their friends as a minister on live television, el-Rufai had the temerity to say (my) election could not stand in Rivers State and that they would kick me out,” Wike said.

Ortom is not someone I take serious, he attacks FG to distract us from his failures —El’rufai

Critics aim to cause rancour, discredit Buhari ahead of 2023 polls —Gov Buni