‘Wike lying to himself. He had a free hand in Amaechi’s government and abused it,’ APC chieftain replies governor | Ripples Nigeria 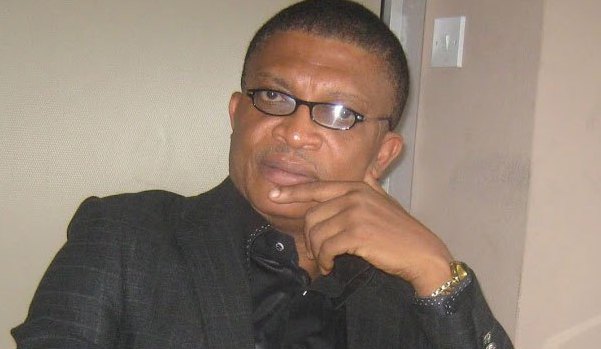 A former Publicity Secretary of the All Progressives Congress (APC) in Rivers State, Chris Finebone, on Monday knocked Governor Nyesom Wike over his comments on his predecessor, Rotimi Amaechi.

Finebone, a known loyalist of the Minister of Transportation, said in a statement that Wike was an insider in Amaechi’s government and wondered why he should lie to himself and members of the public about a man that gave him a free hand to run the affairs of the government as chief of staff.

The governor, who responded to comments made by Amaechi at the funeral of the late justice of the Supreme Court, Karibi Whyte, accused his predecessor of corruption.

He said a $39.9 million hospital project named after the late Supreme Court justice by the Amaechi administration was a scam.

The project, according to him, only existed on paper.

He also accused the minister of spending N65billion on a monorail project.

But Finebone described the governor’s claims as false.

READ ALSO: Wike, Amaechi in war of words during burial of Justice Karibi-Whyte

He said: “It was not unusual to see Governor Wike take to his despicable path once again on live television ranting, cursing, and agonizing in a manner unbecoming of a governor.

“At least, he reminded one of the epic title by Ola Rotimi ‘Our Husband has gone mad again.’ It was a typical Nyesom Wike except that his target was another Rotimi.

“Seriously speaking, Wike knows he was lying to himself and the public because he was an insider in the Amaechi government that he served as Chief of Staff.

“Anyone who knows Amaechi will testify that he delegates functions to subordinates. And in the case of Nyesom Wike as Chief of Staff, Amaechi gave him a free hand in his government and Wike abused it. Wike abused it to the extent that he incurred enemies for Amaechi without the latter knowing it.

“Wike cornered everything and only let out that which he wanted to, all in the name of Amaechi. Little did Amaechi and others know that Wike was undermining the government he was a key member.

“Wike should be man enough to own up to all the things he did for which he is now passing the blames to his former boss. The Amaechi people know is an incorruptible, intelligent, and humane person.”