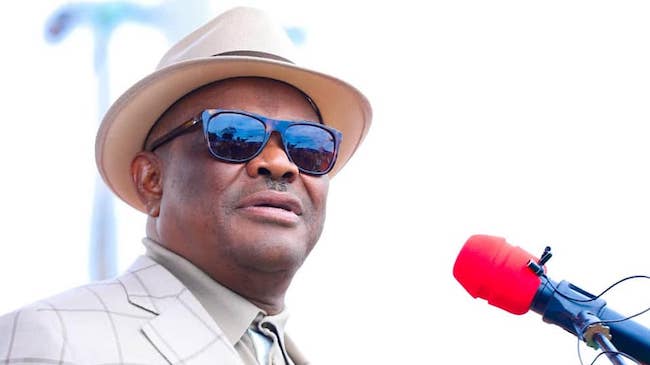 Governor Nyesom Wike has once more pleaded with the Supreme Court of Nigeria to swiftly rule on the lawsuit brought by Rivers State against the Federal Government in order to transfer the authority to collect and distribute Value Added Taxes produced by the state from the FG to the state.

In his Independence Day address on October 1 in Port Harcourt on Saturday, Wike noted that the urgency of the situation and the likelihood of a favorable decision in Rivers’ favor will add additional financial resources and speed up the state’s economic expansion.

“We have also not given up in our determination to right the injustice associated with the collection and distribution of Value-Added Taxes generated from the State by the Federal Government just as we again call on the Supreme Court to please, treat this matter with the urgency that it requires”, Wike stated.

According to Governor Wike, deliberate constitutional distortions, institutional flaws, and rampant corruption have persisted since 1999, when the nation reestablished democracy, preventing Nigerians from engaging in a healthy democratic practice.

He said, “This is not to say that Nigeria has not made any progress as a nation. Certainly, we have achieved some visible developmental strides and economic progress as Africa’s largest economy. That we have remained together despite recurrent conflicts and the crisis of confidence is also worth celebrating.

“But, after 62 years, Nigeria deserves more than what it has achieved and Nigerians likewise deserve much more than what their leaders have delivered to them with the country’s enormous natural and human resources.”

Governor Wike also lamented the federal government’s failure to prevent the economic and social situation in Nigeria from getting worse over the past seven years, stating that it was obvious that the FG under APC was completely clueless as to what additional steps to take in order to alleviate the suffering they have caused Nigerians.

In September 2021, Wike ordered the Rivers State Revenue Service (RSRS) to fully implement the State Value-Added Tax Law 2021 which he assented to recently.

This followed the failure of the Federal Inland Revenue Service (FIRS) to stop the state government from collecting VAT, having filed an application at a Federal High Court in Port Harcourt, the state capital.

The FIRS filed the application in mid-August against the judgment of the same court which had on August 9 ruled that the Rivers State Government, and not the Federal Inland Revenue Service, is entitled to collect Value Added Tax and Personal Income Tax in Rivers State’s territory.