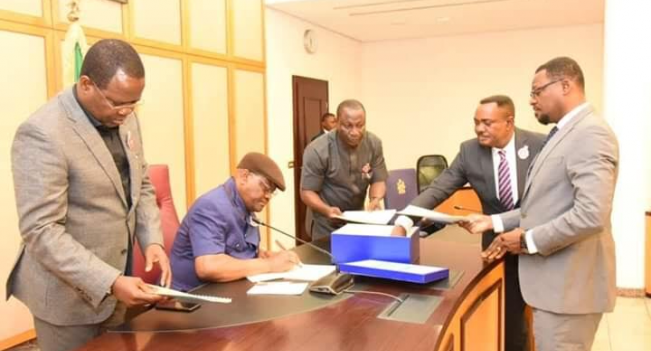 The governor signed the 2020 Appropriation Bill passed by the State House of Assembly at the Executive Council Chambers of the Government House Port Harcourt.

The appropriation bill, according to the governor, is christened: “Budget of reassurance, profound impact for inclusive growth and shared prosperity.”

The lawmakers had on Friday passed the budget put together for the sustainable development of the state.

At the signing ceremony, Governor Wike assured people of Rivers that his administration would diligently implement the budget for the rapid growth of the state.

He said the government would consolidate on the progress recorded in 2019 to ensure greater development for the state.

He said: “This budget will help in stimulating the economy and enhance the development of the state. With this budget, every part of Rivers State will experience development as our people will get more projects.”

CAN decries kidnapping, constant persecution of Christians in northern Nigeria