Wike vows to resist imposition of candidate in 2023 | Ripples Nigeria 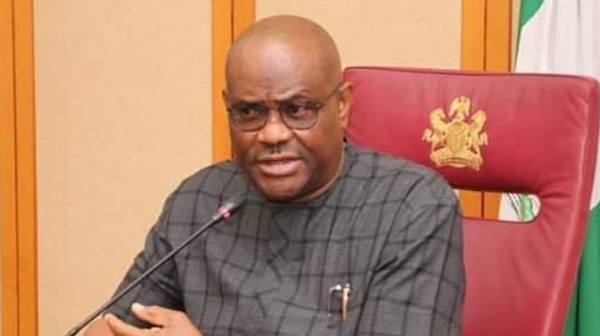 Rivers Governor, Nyesom Wike, has disclosed that he is yet to nominate anyone as his successor once his tenure expires by 2023.

Wike further vowed to resist any cabal within and outside Rivers State contemplating to foist a candidate on the people of the state.

The Rivers State Governor made this remarks on Sunday at a special thanksgiving church service in commemoration of the second anniversary of his second tenure as governor at St. Paul’s Cathedral, Diobu, Port Harcourt.

“Let me say it again, I have never sat with anybody to say ‘I will make you governor.’ But as a governor, nobody from anywhere, be it in the party, in Abuja, will impose who will be the candidate of PDP in Rivers State.

“Nobody can impose a candidate here in this state. So, if you are running to Abuja, you are wasting your time,” Wike clarified.

Wike reiterated that leaders and stakeholders in the state, would meet at the appropriate time to look at the pros and cons and then collectively decide who his successor will be.

The governor also urged church leaders in Rivers State to pray for a rancour-free transition ahead of 2023.

“I urge you to pray that we will have our transition very smooth. That there will be no crisis.”