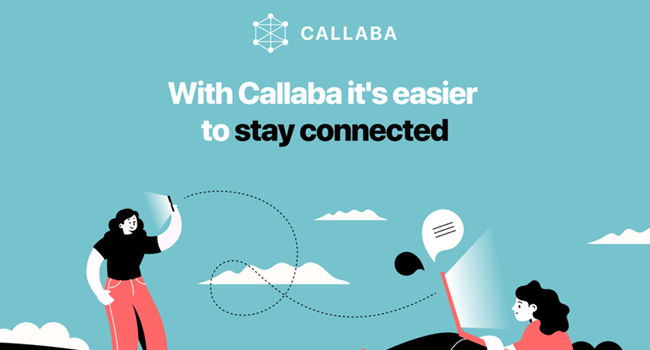 Callaba, a new player in the communication space, has launched operations and is currently enjoying what might pass as product testing phase.

Being a new player, it must come with new features and innovations that older video conferencing platforms (like Skype, at least) do not offer, to receive good reviews.

Although, since August, 2003, when skype was first launched, the video conferencing web/mobile facility has predominantly defined communication between families, co-workers, friends and organisations.

It recorded such success that beyond creating a virtual meetup for people, Skype has been facilitating real time corporate activities such as hosting of interview sessions and electronic delivery of speeches for speakers who cannot but be unavoidably absent at public functions and TV studio recordings.

This nearly unbeatable offer from Skype led to its big acquisition by the tech giant Microsoft in 2011 for $8.5 billion.

Reviewing the market, Callaba won’t be the first to launch a closely related offer as Skype’s. In 2017, Amazon had launched Amazon Chime to rival Skype. Earlier in 2011, Zoom video conferencing launched to contend with existing competitors within the niche.

Why these products did not massively move the market much is perhaps because Skype has an established dominance and the nature and features of others are almost in the shadow of Skype’s offering.

Callaba, here, seems different as it has added something new to its digital bucket –usability without a formal sign up or login, making it ready on the go.

Callaba provides services, which allow users to communicate with each other using voice, video, chatting and screensharing functionality including conference communication.

While Skype and others would require a non-spam registration to launch, Callaba is pulling out as simple as possible. Hence, the new generation might find Callaba more mobile and user-friendly.

Should this happens, Callaba might just be another game changer for blue chips to look out for in coming years. However, Microsoft can play a fast one on Callaba if it pushes to acquire it early enough before it disrupts the market where its home product (Skype) has a strong hold.

Beyond speculations, the watch is on to see where Callaba is heading.

Related Topics:CallabaSkypevideo conferencing
Up Next