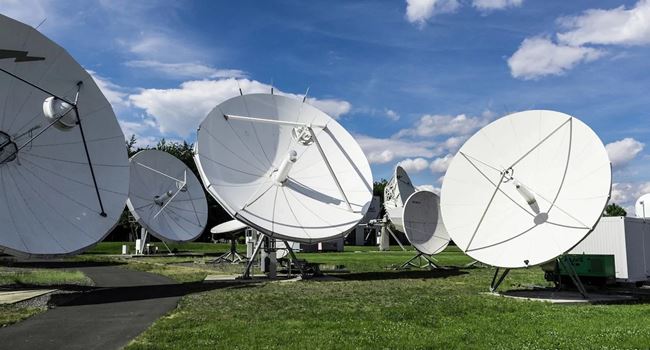 The National Broadcasting Corporation (NBC) sees the country’s pay TV space undergoing the much-anticipated disruption that will open it up to affordable and value-reflective rates as Lagos-based digital television provider, TStv looks to launch pay-per-view subscription in Nigeria on 1st October.

“At this time, I think that the major issue confronting the pay TV sector is the area of giving Nigerians option of deregulating purchasing capacity in terms of pay as you go concept.

“We believe this will give you the visibility if you remain committed to the idea.

“We welcome that option and wish that it serves as stimulant and as progressive index for other Pay TV operators to adopt,” Acting Director-General of NBC Armstrong Idachaba told TStv’s management crew on Monday during their visit to his office in Abuja.

TSTV, which has presence in 26 African countries, will be seeking to break through the clutter in the Nigerian broadcasting industry where operational bottlenecks and absence of favourable legislation has not allowed the pay-per-view option to thrive.

The campaign for a migration to this model stepped up in March, when the House of Representatives unveiled its intention investigate the prepaid subscription market, where the likes of DSTV and StarTimes hold sway, for ripping Nigerians off. But none of that has made a conspicuous difference.

“Some of them have come up with a lot of excuses why pay per view is difficult and why it is not doable.

“We want you to be the galvaniser to prove the naysayers wrong, that this is doable in the interest of Nigerians.

“Once you begin and you make a success of it through increased subscription base, we are sure that others will be drawn into it as it happened in the telecommunication sector,” Idachaba said, referring to prepaid payTV operators.

TSTV’s Managing Director and CEO, Echefu Bright, said his firm has the whole nation in view for spread, noting there was dealership in nearly all the states, preparatory to the 1st October kick off.

“The model is what we have experimented and implemented and it works and we have done everything we need to do for Nigerians to benefit. Beyond that, we have enough boxes on ground that will cover the entire country.”

Running pay-per-view television has been difficult to sustain for Nigeria on account of structural, financial and policy constraints.

Econet-backed Kwese TV, which moved to break the hard-nut, ended its operations abruptly in November 2018 after going bust eighteen months into its operations, going further to bring the shutters down on other branches in the rest of Africa.

Pay television subscribers’ desire for value-centred subscription rates that are commensurate with the time they spend in using digital television services has made the debate for pay-per-view plan intriguingly complex.

There have also been conversations around quality assurance, given that TV signals are susceptible to frequent atmospheric disruptions particularly during the rainy seasons.

As the PayTV business is a capital intensive one requiring huge outlay for setting up infrastructures, payment and renewal of licences, running maintenance among others, devising an investment blueprint with a long-term view that will allow potential investors earn returns gradually over time could be the game changer.

This is convenient for the Nigerian market, considering that disposable income has been strained by perpetual inflation which, after rising relentlessly for twelve months, now stands at 13.22%.