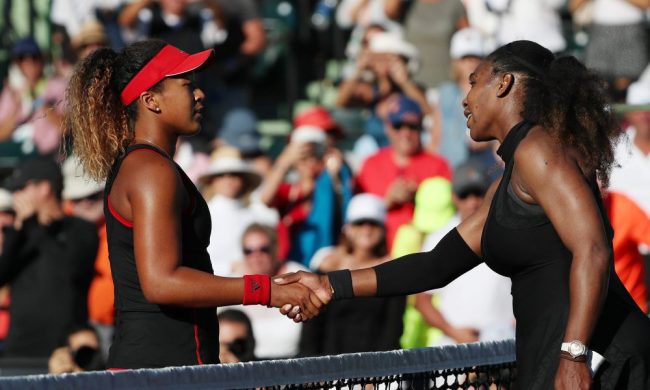 Serena Williams defeated Anastasija Sevastova in 66 minutes in their US Open semi-final clash to seal her place in the final of the New York event.

Williams coveted another shot at winning her first Grand Slam title since giving birth by winning 6-3 6-0 against the Latvian 19th seed.

Williams, 23-time Grand Slam winner, will be gunning for victory at the weekend, as a win will equal Margaret Court’s record of 24 Grand Slam singles titles in the sport.

Meanwhile, 20-year-old Osaka, who was just one year old when Williams won her first Grand Slam in 1999, said after beating Keys, “This is going to sound really bad… but I was just thinking – I really wanted to play Serena. Because she’s Serena.”

Williams, who was beaten by Angelique Kerber in the Wimbledon final in July, says she’s elated to have come this far even after child birth.

“It is really incredible. A year ago I was literally fighting for my life at the hospital after having the baby,” said Williams, who missed last year’s US Open because of the birth of her child, Olympia.

“Every day I step out on this court I am so grateful to have an opportunity to play this sport.

“So no matter what happens in any match, I already feel like I have already won.”

Super Eagles aim to score ‘lot of goals’ against Seychelles