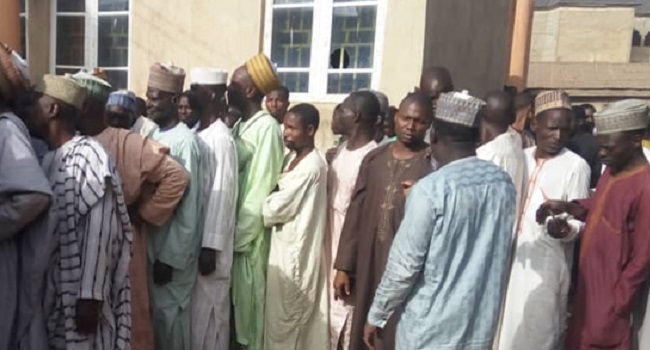 The Independent National Electoral Commission (INEC) is expected to soon announce who becomes Adamawa State governor as the Thursday supplementary election in the state has ended.

The battle for who governs the state is majorly between the incumbent governor and candidate of the All Progressives Congress (APC), Muhammad Bindow and the Peoples Democratic Party (PDP) candidate, Ahmadu Fintiri.

The re-run poll in the state was earlier scheduled for March 23, but failed due to court order. However, after another court order cleared INEC to proceed with the exercise, Thursday (today) March 28, was fixed to end the election which started on March 9.

At the end of March 9 election, the PDP governorship candidate won the highest number of votes cast after securing a total vote of 367,472 votes, to defeat the APC candidate who got 334,995 voted.

INEC however, declared the poll inconclusive on the argument that the margin of 32,476 votes, which the PDP candidate is leading his opponent with was less than the number of cancelled votes.

The supplementary election which took place across 14 local government areas of Adamawa State, went smoothly, though amid low turnout of voters, without records of violence, or case of failure on the part of electoral officials and materials in most of the polling units.

Already, voting process ended at about 2pm in most of the polling units and sorting and counting of votes are ongoing.

After re-election, Osinbajo sustains blame game on past govts