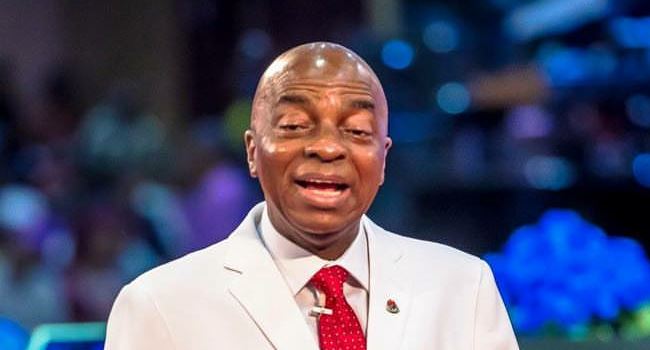 Founder and senior pastor of the Living Faith Church Worldwide, popularly called Winners Chapel, Ota, Ogun State, David Oyedepo on Thursday went livid with anger as the embassy of the United States of America in Lagos refused to renew his visa to that country.

According to a report by ThisDay, sources at the embassy revealed that the embassy officials offered no explanations as to why the popular cleric was denied a visa, except the standard reason that he did not qualify for the visa, which infuriated him.

The ‘man of God’ and astute businessman reportedly fumed and created a scene when he demanded for more explanations, given that he had entered that country several times over the past forty years, and is not known to have broken any law, or committed any crime.

When answers were not forthcoming, he thereafter asked his security escorts to get his phone to enable him make some calls, but the embassy officials reportedly said that was not allowed within the embassy’s premises.

The report said enquiries were made via email to the embassy to clarify why Oyedepo was denied a visa, and if the move was a new policy that could affect other prominent Nigerians, but there was no response, as at the time the paper was put to bed.

Sources later informed that the visa would likely be eventually issued to the cleric, who is believed to have eventually made some calls to some quarters that sure to intervene in the matter.