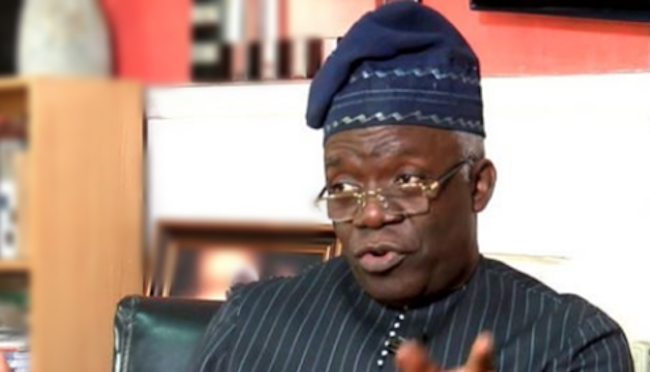 A Senior Advocate of Nigeria (SAN), Femi Falana, on Tuesday, clarified that winning the Federal Capital Territory (FCT) was not a requirement to emerge as the President of the country.

Falana stated this during a live appearance on Channels Television’s Sunrise Daily, monitored by Ripples Nigeria.

Falana’s clarification was against the backdrop of constitutional provision relating to the quota to be won across the states of the federation to win the presidency.

A former Chairman of the Nigerian Bar Association (NBA), Olisa Agbakoba, had recently demanded the position of the Independent National Electoral Commission (INEC) to clarify the said Section 134 of the 1999 Constitution which he described as ambiguous.

Agbakoba in a letter addressed to INEC Chairman, Professor Mahmoud Yakubu, charged the electoral body to scrutinize the proviso in order to clarify the misgiving raised by some Nigerians.

Section 134 of the constitution states that a candidate will be declared winner of a presidential election if “(a) he has the majority of votes cast at the election; and (b) he has not less than one-quarter of the votes cast at the election in each of at least two-thirds of all the States in the Federation and the Federal Capital Territory, Abuja.

Although INEC had not provided any answer regarding the request, Falana maintained that winning the FCT was not a precondition for emerging as the country’s President.

The legal luminary further argued that a candidate should be declared winner in an election if he or she gets 25% of votes in 24 states and has a majority of the total votes.

“It is not a requirement that you must win the FCT. The courts have ruled that pursuant to Section 299 of the constitution, that the FCT should be treated as a state. That is the law.

“The concern that has arisen is that looking at the campaigns going on, people are wondering whether any candidate will win those stringent constitutional requirements: 25% and at least two-third of the state and of course majority of lawful votes all over the country”, he concluded.