Home » Latest » Witchcraft conference in Nigeria, a bad omen that must not hold —Archbishop 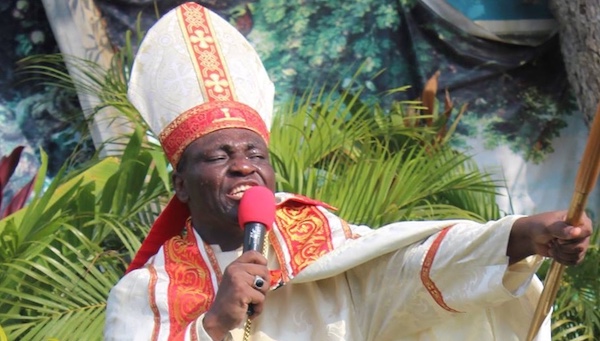 Founder of the Resurrection Praise Ministry Worldwide, Archbishop Samson Benjamin has kicked against a planned witchcraft convention slated to hold in Nigeria this month.

The cleric lamented that holding a witchcraft convention in the country, would be like throwing its doors open for evil to walk straight in.

The Archbishop was reacting to an advert put out about a ‘first international & interdenominational conference on Witchcraft’, skated to hold at the University of Nsukka, Enugu State.

But according to the cleric in a statement on Monday night, evil will befall the country if the witchcraft convention is allowed to hold.

He also lamented, that the forces of darkness were gathering to penetrate evil and cause a bad omen to befall the country.

He noted that sometime ago, such convention had been planned, but was put off when the Late Archbishop Benson Idahosa also spoke out against it.

He wondered why some people should concern themselves with evil and diabolical practices, when salvation was open and free to mankind via other religious practices.

“Many people, from different religious callings, especially Christians and Muslims always gather to pray for the nation. Holding such a convention in Nigeria will rubbish all the prayers and efforts of well meaning Nigerians who have been praying for good things for this country.

“At a time we are lamenting that there is too much evil in our country, and the world in general, some people are coming out to declare for witchcraft spirits and the likes. This is unacceptable”, the Archbishop stated.

He continued, that “Nigerians cannot, and must not allow such a conference to hold. We must not be hoodwinked to be part of such evil. Those who do will find themselves struggling to free themselves from bondage which they would have thrown themselves, family and loved ones”, he stated.